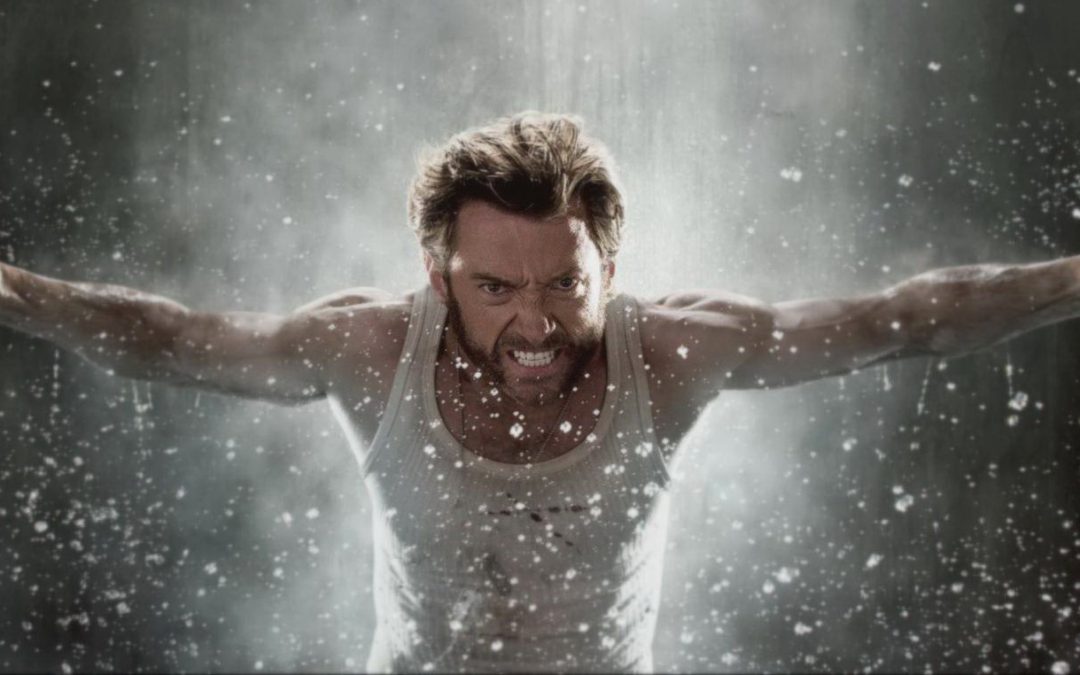 Why Do We Get Angry?

Anger is such a common emotion, but yet it is so deeply misunderstood. It is the bad boy of the bunch, the one emotion that makes all others look bad.

Originally, anger was meant to protect us, giving us the power to defend ourselves against attackers and resist injustice. But nowadays, our experience of anger is so often out of context, out of proportion, and out of line, that we’ve learned to condemn anger altogether.

Somewhere along the way, anger has downgraded from being a loyal and reliable defense mechanism into an exaggerated and inappropriate reaction. And now, instead of delivering us from dangers and keeping us safe, anger usually gets us in needless trouble.

So what went wrong, and how did our former loyal friend become such a hassle?

This article will break anger into the smallest possible pieces, and walk you through the neural pattern which gives birth to this explosive emotional reaction. By the end of this article, you will be able to better understand where your anger comes from, and locate its true sources.

The Challenges of Anger Management

When looking into emotions, it quickly becomes clear that anger is quite different than most. As most emotions notify us about things that happen, anger serves as a response. It is an automatic reaction that has been crafted by millions of years of evolution with the single purpose of protecting us and delivering us from life-threatening situations.

For that purpose, it has been equipped with a deadly force and speed greater than any other mental function. It is so fast, that we can perceive a threat, decide to fight it, locate the aggressor, and sometimes even kill it before having any conscious awareness of the situation.

Unfortunately, the speed and power of our innate defense mechanism is also its greatest downfall. Since it is so quick and so powerful, our conscious awareness struggles to keep up. Leaving us in the dark, unaware of the reasoning behind our actions and struggling to understand things retrospectively. Consequently, making anger to be the most challenging emotion to work with.

The Recipe for Anger

To better understand the mechanism behind anger, let’s try to get angry slowly, and observe it as it comes up.

The first ingredient in this recipe, and the element that is most often overlooked, is the power source. Since anger is such a powerful emotional reaction, it requires a significant amount of energy. And this much energy is only released when we feel in danger.

Perceived danger is the belief that one of our needs might not be met. But while for the cavemen an unsatisfied need usually led to death or extinction, in our day and age, every little thing seems to have become a need. From the need to eat, to the need for a new iPhone. Anything we perceive as meaningful can be used to power our anger, and as our perceived needs continue to grow out of control, so does our tendency to fight.

So when working with anger, the first thing we must pay attention to is the need which powers it.

2. Backed Into a Corner

When sensing that one of our needs is threatened, immediately the sympathetic system kicks into action. The body is being pumped with adrenaline, heart races, breathing quickens, muscles tense, and we are now ready to Fight… or Flight. From this point on, the conscious mind is no longer in control, and it is up to habits and instincts to protect us from the threat in hand. But fight or flight doesn’t necessarily mean anger. There’s still a decision to make, but this decision is going to be made unconsciously.

To quickly determine if the individual should fight or flight, our innate defense system uses the simplest decision mechanism possible. Flight gets top priority. Running away is always the safest option, and if the individual believes that they can more easily satisfy their needs somewhere else, they would quickly choose to avoid the fight and leave. In this case, a big “f**k this” will be the end of this unfortunate situation.

But when leaving is not a valid option, we take the second best choice, and fight. All the frustration collected within us is being used to empower us to hold our ground and defend ourselves, and that is the beginning of anger. Whatever this threat may be, and whether it’s the wise decision or not, when backed into a corner people tend to fight.

3.  A Target – Obstacles and Injustice

There’s one more ingredient without which anger can’t be sustained, and that is a target. In order to defend ourselves, there has to be something to defend from. An obstacle, an opponent, or anything else that we can be angry at.

When anger is triggered, the first thing it does is look for a target. Someone or something that stands in our way and prevents us from satisfying our need. Something to blame for our unfortunate situation and defend against. Because to be angry there has to be someone to be angry at. But all too often, the target is too difficult to locate.

Back in the savannas of Africa, needs were simple and the obstacles were clearly visible. But nowadays, with so many needs and so many threats, when entering fight mode, our unconscious mind has difficulties locating the cause. Confused, intensely motivated to defend, but unsure what from, it starts blaming everyone and everything in around them.

Because when anger is triggered without a proper cause, everything and everyone may seem like a valid target.

Only one person can never qualify as a target, and that is the self. When a person hurts themselves, aggression, anger, and increased sympathetic response aren’t helpful. To deal with situations of self-harm the mind shifts the autonomic nervous system to the parasympathetic side. The fight or flight response is disarmed, and the issue is dealt with physical heaviness, fatigue, and sadness.

If an angry person were to take personal responsibility, the recipe is ruined. Aggression would immediately diminish and be replaced with passiveness. Making sadness the circuit breaker for anger, and also a possible resolution for it. 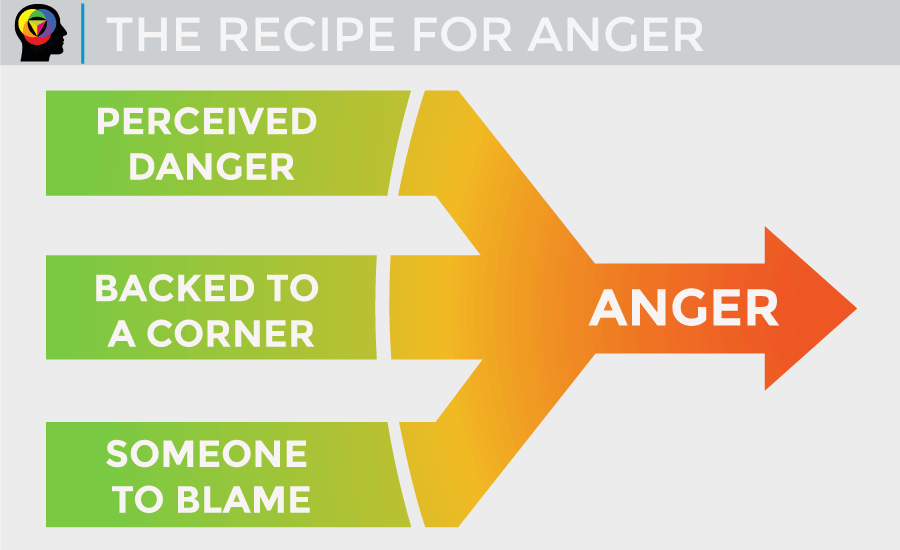 This is the recipe for anger, three ingredients that when put together create one explosive reaction, no more and no less. Change any one of them and you replace anger with something else.

Responsible Use of Anger

Anger is one of the most loyal of emotions, and it will do anything in its power to protect you. This is how it works, this is how it always has, and how it always will. But if you understand anger well enough, you’d think twice before asking its help.

Since anger was designed for a type of situations which we hardly ever encounter anymore, it would probably be best to avoid the mistake of putting these ingredients together when the fight reaction is unnecessary.

So think twice before you decide that you need things; when feeling uncomfortable allow yourself to leave, and try to notice when you’re just looking for a scapegoat to blame. Because these are all components of a primitive defense system, and that system is only good against primitive threats.

Now that you know what makes anger tick, and what it is trying to help you prevent, I hope you have better understanding and appreciation for this innate defense mechanism. A mechanism with extremely bad reputation simply because it is so deeply misunderstood and so often misused in this modern day and age.

Anyone can become angry —that is easy. But to be angry with the right person, to the right degree, at the right time, for the right purpose, and in the right way —this is not easy.

A Fit of Rage

Bipolar Disorder: The Spiral of Manic Depression
The Other Singularity
Hack your Serotonin Levels with Ego High-Fives
Guilt as Our Most Primal Sense of Morality