Guilt as Our Most Primal Sense of Morality 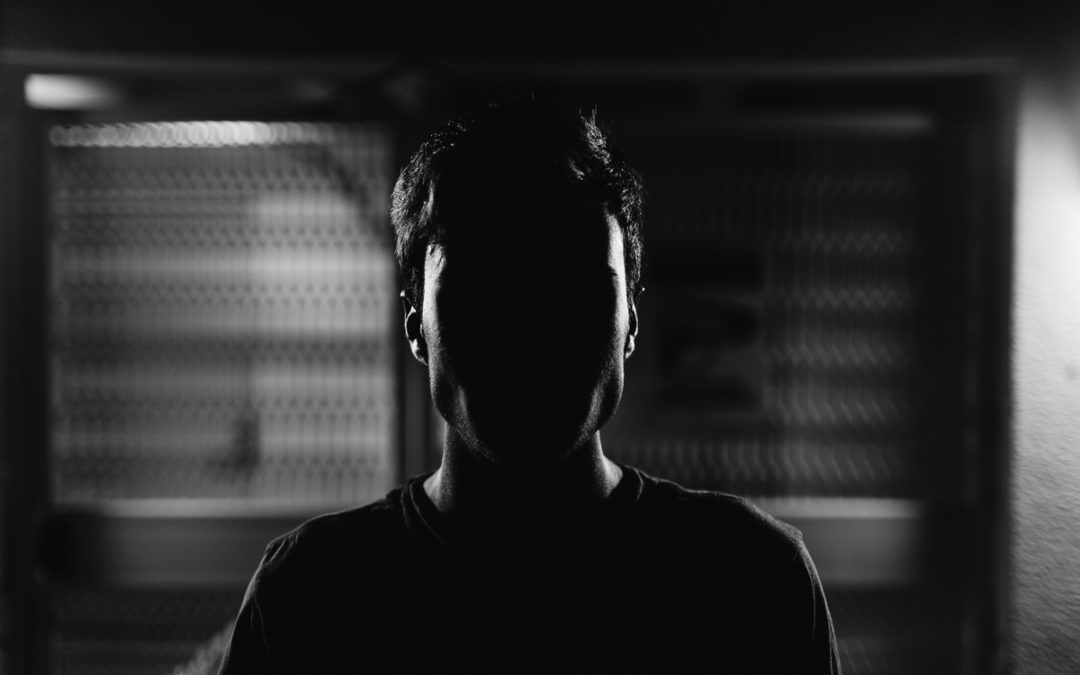 The Most Powerful and Vicious Emotion of All

There are many important things to know about guilt. From its devastating power and immense control it has over us, to the imperative social role it plays in facilitating bonding, trust, and long-term human connection. But without a doubt, the most important thing about guilt is just how tricky it is to manage.

Guilt is like the Chinese finger trap of human emotions. Because you can very easily make yourself feel guilty when you think you should. But, once you’re in it, you just can’t get out. Once guilt takes hold over you, it no longer matters what you think, believe, or how you rationalize thing to yourself – there’s no easy way out of guilt.

If you already know that, then I’m sure you know your way around guilt, but if this is new information for you, you should pay special attention to this article.

Like it or not, guilt is a main part of our hard-coded moral backbone. It is one of the main pillars of our primary moral system, as well as the foundation for all later moral development.

Pre-coded with the most basic of moral principles which all humans, as well as some animals, are bound by. Urging us, and sometimes, even forcing us to be considerate of each other’s needs, and even put their needs above our own.

Of course, guilt is a painful emotion. Perhaps even the most painful of all, as it is incredibly powerful, and it doesn’t rest until resolved. And since it is so basic and fundamental, it has enormous power and an inescapable hold over us. But, if you’re interested in co-existing among others, guilt is a necessity, and it must have its place. 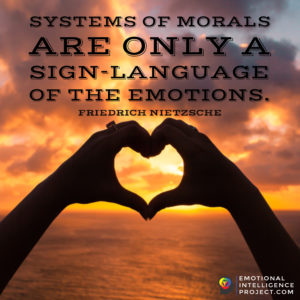 How Does Guilt Feel?

You didn’t mean to do that, you’re not sure how or why it happened. It wasn’t intended, and now it has left you confused, conflicted, and disoriented. When experiencing guilt people usually say things like: “It was a moment of weakness… I didn’t mean to… I wasn’t thinking…”, but by the time they realize what they have done, it’s too late.

This is guilt, the emotion that makes us feel bad when failing to live up to the most fundamental of moral principles. Guilt is ruled by the principle of fairness and induced by an inconsistency between the how you treat others and how they treat you. I.e. when a person is loving and caring towards you and you betray them. As well as when a person is being mean and offensive towards you or your friends, and you help them. For better or worse, either side of the equation results in the arousal of guilt.

It is the emotion that makes us care for our own, and at the same time, attack those who threaten us. Consequently, keeping us close to those we like, and away from those we dislike.

The Logic Behind Guilt

One of the most significant developments of our species is the formation of primary social groups. Primary groups are small-sized social groups in which the participants share close, personal, and enduring relationships with one another. Such as close friends, families, and tribes. Back before societies emerged, these were the only type of social organizations, and they held together by a set of unwritten rules which all humans are bound by. Rules of fairness, mutual caring, and trust.

The members of the group bond with one another, creating durable, committed, and long-lasting connections. Bonding infuses the well-being of two individuals, and once bonded, the pain of one is now the problem of the other. Allowing separate individuals to operate in unison – as a single entity.

The power of partnership gives the members a significant evolutionary advantage over others, which might explain why, as much as we might resist it, we all have this relentless need for friends, companions, and confidants. But for this partnership to work, something had to keep individuals from breaking this bond. Anyone can be there when it’s convenient, but trust requires much more. For true bonding to be possible, individuals had to remain together and care for each other even at their own expense.

This is where guilt comes in. Once a bond has formed, the two sides must remain loyal to each other, and guilt makes sure that they will. It is the emotion that makes individuals sacrifice their own well-being and put the interest of their loved ones in front of their own. Making sure that mothers will fight any predator threatening their offspring, even against odds; that fathers will do anything in their power to protect their families, even sacrifice themselves; and that a true friend will always be by your side, no matter what.

…virtuous for a man is to conduct himself in the city so that he helps his friends, injures his enemies, and takes care all the while that he personally comes to no harm.

To accomplish that, guilt makes us feel bad. So intensely and painfully bad, that it can literally make people feel like they’d rather die than let down someone they love. It is harsh, as it carries the power to make our lives into a living hell, but nonetheless, it is a necessary evil. Because to enforce social bonds, and allow mutual trust, there must be a penalty.

The moral principle of guilt is so primal, and so deeply ingrained within us. It has served us back in the wild savannas of Africa, as it still serves us today in the courts of justice. A cross-cultural moral principle that binds us all, whether we like it or not.

When failing to live up to our innate moral principles, by betraying the trust of a friend or a loved one, the emotion of guilt arises. Coming to alert us about an inconsistency between our relation to a person and our behavior towards them. This state of dissonance is incredibly uncomfortable, and if not addressed immediately, can become severely painful and even crippling. Therefore, once this emotion has risen, it has to be addressed and the dissonance must be resolved.

The inconsistency of guilt can be resolved in one of two main ways: First, is to accept the blame for the situation. Admit that our behavior was wrong, and change our actions. Second, is by casting blame on the other person. Defending our right to act as we did and claim that they deserved what they got. Both of these methods can regain consistency, but each leading to a different outcome.

If the first reaction is chosen, the person assumes the role of the assailant and the other is perceived to be the victim. Admitting their mistakes and accepting blame for the unfortunate situation. Consequently, invoking sadness – the emotion which makes us feel bad for our misbehaviors, and pushes us to apologize and show remorse. Of course, this outlet requires a show of vulnerability, acknowledging that one’s behavior failed to represent their true intentions, and admitting to wrongdoing, which is never easy.

If the second reaction is chosen, as blame is cast upon the other, the person assumes the role of the victim. Feeling unrightfully attacked, the need to defend oneself arises, invoking the fight response. Anger rushes through, preparing the person to fortify their position and defend themselves against the perceived assailant. At this point, the other person can no longer be considered a friend. If they are to repent, acknowledge their mistakes, and ask for forgiveness, they could perhaps regain their friendly status. But if they resist, if they refuse to assume the assailant role, accept blame, and change their behavior, the only way out of this predicament is to see them as enemies. Because the dissonance must be resolved, and if no one is willing to back off, the friendship cannot continue. 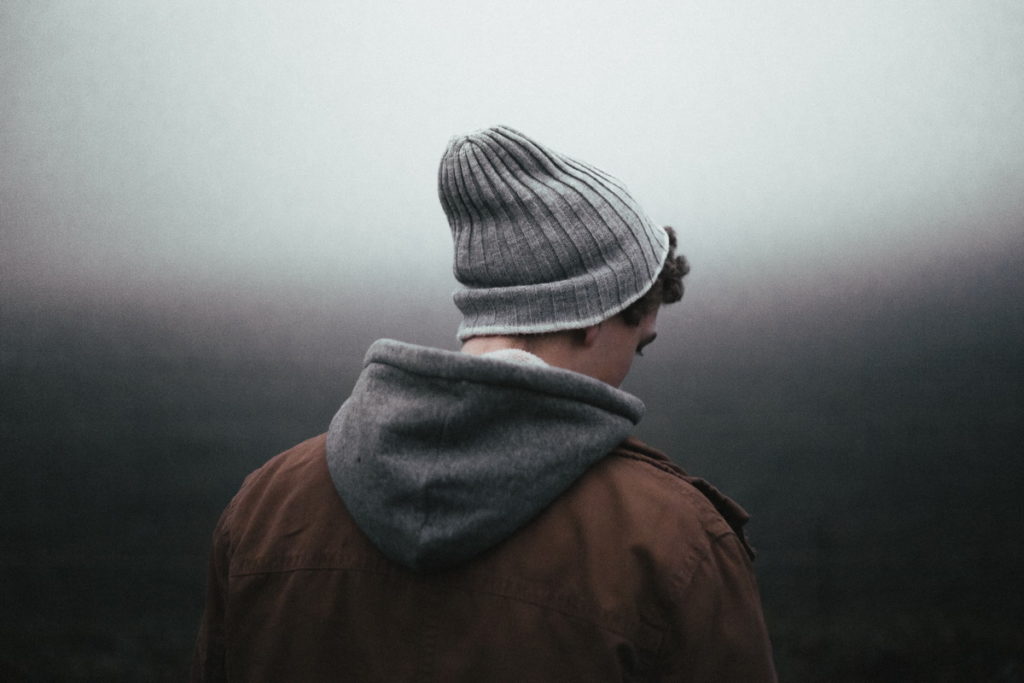 Photo by Andrew Neel on Unsplash

The Importance of Correctly Managing Guilt

When attempting to resolve guilt, both of these reactions must be accepted as valid. A healthy person who’s fully capable of managing guilt would know to match each situation with a preferable resolution. Some conflicts are correctly resolved by the change of behavior, admitting the mistake, and asking for forgiveness. While others are correctly resolved by the change of cognition, realizing that you were mistaken about the person, and correcting your assumptions.

For some, usually due to traumatic childhood experiences, one of these outlets is blocked. If that happens, the person will attempt to resolve all guilt-arousing conflicts in the same manner. Causing the person to assume the victim or the assailant role in all experiences, with disregard for the details of the situation.

For these people, one emotional outlet will become extremely dominant, while the other hardly accessible. Some would tend to assume the assailant role and experience excessive anger, causing them to be aggressive and hostile to those they love. While others, who tend to assume the victim role, will experience excessive sadness and behave submissively, even towards those who truly mean them harm.

In both cases, the individuals will fail to resolve certain cases of guilt and accumulate inconsistencies throughout their lives. Leading to ever-increasing emotional pain and various emotional disorders.

Guilt is the most basic part of our social conscience. It is the emotion which signifies a specific type of cognitive dissonance. Signaling to us that our intentions and our behavior fail to go hand in hand.

Even though it might feel incredibly uncomfortable, guilt is not a negative emotion. It is a significant part of being human, and more than that, it is part of a system that is fully capable of resolving conflicts on its own. As long as guilt is accepted and navigated correctly, it is a valuable tool for keeping consistency between our actions and intentions.

When interrupted, guilt can become a serious problem. Incorrectly managing guilt, or attempting to avoid one of the resolutions of guilt – such as anger or sadness – will make this system fail to resolve dissonance. Causing the gap between the person’s beliefs and actions to become larger and increasingly more painful. Leaving the individual unable to maintain a satisfactory interpersonal relationship with others and suffer a lowered sense of self-esteem.

If managed correctly though, guilt will no longer be your enemy, but your friend. It will guide you through an unconscious process, revealing to you all the issues and obstacles that hold you from living a pain-free life. Assisting you on your path towards a coherent mind, the reduction of emotional pain, and with it, your happiness.

Disappointment as A Tool For Growth

The Ultimate Self-Improvement Hack — Upgrade Your ...
The Dark Side of The Life-Plan
After Healing From Depression for 16 Years
AI and The Structure of Consciousness