A Fit of Rage: When You Just Can’t Take Any More 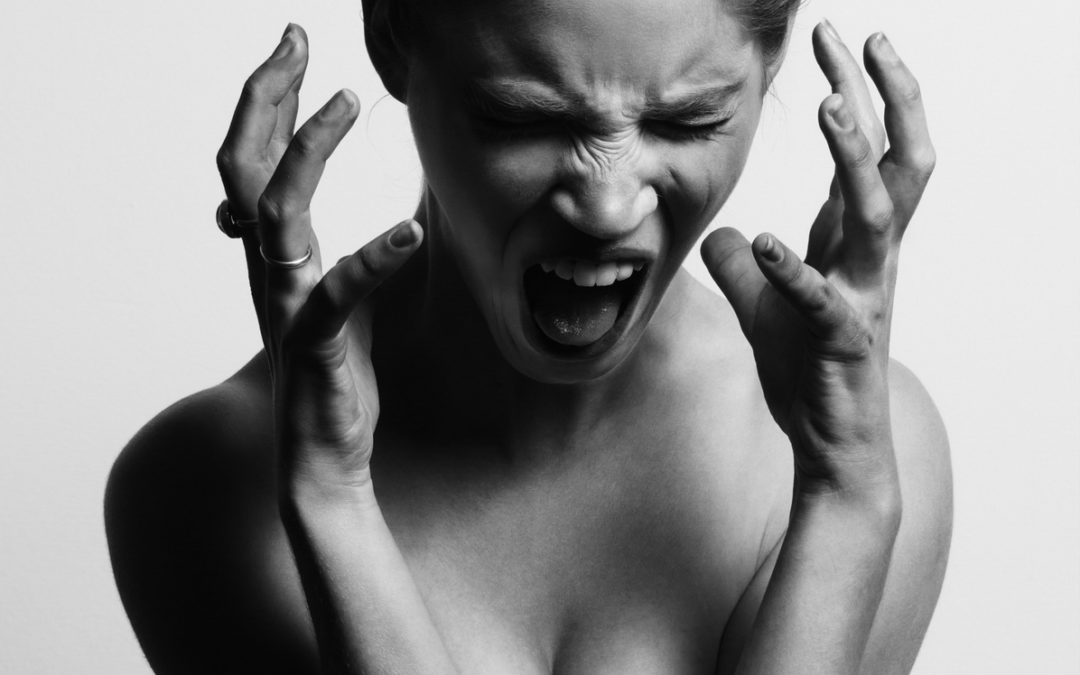 Unlike most emotions, which everyone experiences at some point or another, rage is only experienced by some. And who are those lucky few? Ironically, rage is the sickness of those who wish not to be angry.

In this article, I will take the process which mutates anger into rage, and describe it step by step. By the end of this article, you will have a greater understanding of the thought patterns which lead to rage, the helplessness that it entails, and the way to escape it.

Rage is an acute form of anger. Much like anger, rage is an aggressive reaction to a threatening situation, but unlike anger which is directed towards a specific object, rage is explosive. It is an irrational and uncontrolled defensive reaction to an overwhelming sense of fear, and much like a panic attack, it arises when there’s seemingly nothing to fear.

Getting Angry at Anger

People who experience rage attacks all seem to hold common beliefs. These are the beliefs that anger is negative, bad, illegitimate, and shouldn’t be experienced. This of course, in their case, is completely true, but as it seems, these beliefs are also the reason it’s true.

This course of action may indeed make the person feel less fear, but it doesn’t actually reduce anger, not even one bit. Instead, it moves the emotion into the unconscious, away from the control of logic and reason.

There, in the realm of the unconscious, anger is still very much alive, and since it can’t be expressed, it gains power without any resistance. This emotion builds up until it reaches its boiling point, and then, when you can no longer avoid it, it erupts.

Your sympathetic system is overwhelmed, your blood is boiling, hands shaking, muscles tense, and the conscious brain has gone to standby mode. By the time you realize you’re angry, you are not just angry anymore, you are furious. You look around for something to fight, no matter what, something within you is telling you that you must fight if you want to survive.

The Battle for control

This emotion has to be controlled!

You repressed it and you rejected it, and it is no longer a part of you. From now on it is the enemy, and you must fight it, defeat it, and control it. This is when rage is born. The belief that you can win in the fight against yourself is so absurd, but somehow we all seem to believe it. And so, the fight against anger begins, the fight against fighting.

The Birth of Rage

From this point on, whenever you might recognize that you are angry, you will try to control it. To do that, you disassociate from it, you refuse to acknowledge it as a part of you, from now on, it’s a thing, it’s foreign, and it’s trying to hurt you. Anger threatens you and you can’t run from it, so you fight.

But we never learn. Every time this happens our conditionings get reinforced. We tell ourselves things like “The anger is even worse than I thought, I’m even more sure that it shouldn’t be expressed”, “I fell into rage again, so I must fight stronger next time.” And so every rage attack becomes stronger, quicker, and more automatic than the last.

We really believe that if we win, the anger will subside and we’ll be happy again, but this just never seems to work. When fighting yourself, every win is a loss – in this strange game, the only winning move is not to play. 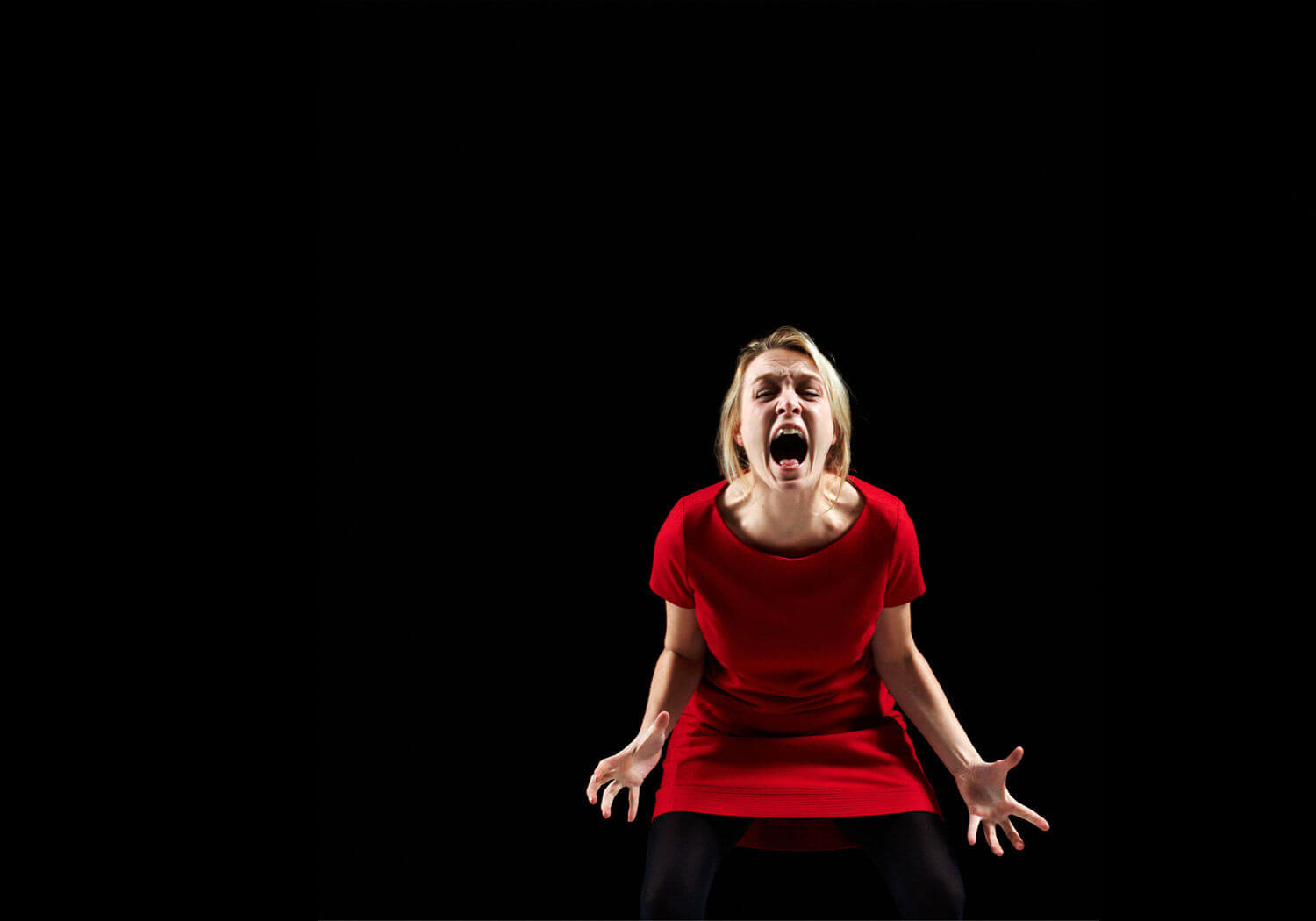 How to Get Rid of Rage

When people are overwhelmed by the intensity of the fight or flight response and the loss of self-control, some result to desperate measures such as self-harm. Punching walls, hair-pulling, and different types of self-injury are all common expressions of the desperation that accompanies rage. The self-harming act deactivates the fight or flight mechanism and shifts the balance from the sympathetic nervous system back to the parasympathetic system. By hurting yourself, you encourage a passive emotional reaction that acts to replace anger and rage with sadness and depression, which are more controllable. Though this is the common solution, it is not a healthy or a positive one.

The truth is that control is never lost, it is given. The emotions which a person attempts to ‘get rid of’ and repress don’t go away, they just change owners. Once a person decides to reject one of his emotions, the conscious mind hands that emotion over to the unconscious mind. This might be a comfortable solution as it releases you from feeling that emotion, but unknowingly, you still act on it.

There’s only one way to take back control and get rid of rage once and for all, but it is a path that raging people are too afraid to take. The only way to regain your control is to accept your anger. Allow your anger back into your conscious awareness, and choose to express it consciously, rather than unconsciously. But to do that, you must first learn how to evolve your expression of anger.

Anger has to come out, simply because it has nowhere else to go, but it is up to you to choose if it will be expressed in actions or words. The best way to dissolve anger is to communicate it. When feeling anger coming up, simply saying “I am angry” will immediately have a considerable effect. And once you’ve mastered this skill, to keep anger from coming back you need to express the reason you feel that way. This part is so incredibly difficult that most people, myself included, would rather act angry for days and even weeks than expressing this.

Saying something like “I am angry because I feel you don’t care about me” is much harder than throwing a fit of rage, but if you wish to stop acting angry this is what you have to do. Express your fear, your weakness, and allow yourself to be vulnerable. If you can do that, anger and rage both would be under your complete control.

You are human, and therefore anger is a part of you, rather you approve of it or not. Rejecting your anger doesn’t make it go away, it just makes you lose control over it. In turn, turning it from a controllable emotion, into an unconscious and uncontrollable explosion of rage.

But it is never too late to stop fighting, accept yourself, and regain control over your emotions. If you can accept your anger and bring it back into the realm of the conscious, you will have to deal with anger again, which can be difficult at times. But on the other hand, your rage will be gone.

Anger is just anger. It isn’t good. It isn’t bad. It just is. What you do with it is what matters. It’s like anything else. You can use it to build or to destroy. You just have to make the choice.