Simply Put – What the hell is Consciousness?! 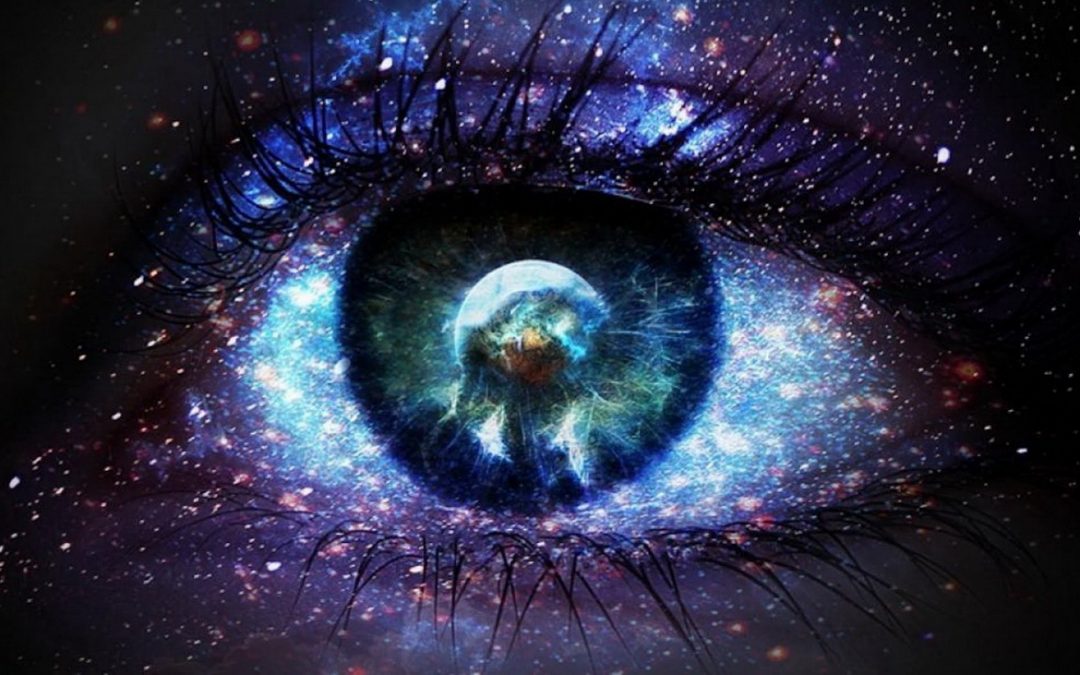 Coming up for a definition for the word ‘consciousness’ has been incredibly challenging, but maybe it’s time to do it justice.

For some reason, even though we all use this word quite frequently and we have no problem understanding each other, when it comes to defining it we’re in a bit of a pickle. From scientists to philosophers and religious characters, all claim that they know what it is, but none seem able to agree.

Even though, let me suggest that the reason we’ve been struggling with defining consciousness is not because it’s a complicated term, but that this entire confusion is actually the result of a simple communication mix-up.

Let’s do a little thought experiment. Please, think of a scooter and try to define it for me.

And I’m not wrong! But neither are you…

A scooter is also one of those things that we can never fully agree on the definition of, and the reason for that is quite simple – there are multiple different things that use this same exact name.

When it comes to common physical objects, like scooters, it’s really easy for me to explain this problem, and it super easy for you to understand. I just show you different photos of scooters, and you get it. But, when it comes to fully abstract objects, such as consciousness, there’s nothing I can show you, which makes it that much more difficult to explain and understand. So we have to use scooter metaphors.

Let’s try to look into it and see if it’s possible that when it comes to consciousness, our difficulties to agree on a clear definition comes from that exact same error.

So first, let’s split the term ‘consciousness’ into separate concepts, and define each on its own.

The main types of consciousness are:

Biological Context: Consciousness as Wakefulness (A State of Being Active)

This is the simplest and probably the most frequent use of the word consciousness and it simply used to describe an active entity – an entity that is receiving input and actively processes it. This type of consciousness can only be found in living things, and it can be lost and regained quickly and fairly easily (go to sleep/wake up) as long as the entity remains alive. Once dead, this type of consciousness is lost forever as it can never be regained.

Psychological Context: Consciousness as a Part of the Psyche

By this definition, we can say that actually, simple organisms (regardless of being awake or not) operate in a completely unconscious manner. When exposed to certain inputs they respond with a certain output, and that’s it. They don’t know why they do that, and they can’t change their reaction, which makes them fully predictable and fully unconscious.

More advanced organisms, however, such as humans, have conscious abilities. Unlike our predecessors, to some extent, we are aware of what’s happening inside of us, and we use that information to adjust our processing and improve our reactions. This type of consciousness, as we now know, is an enormous evolutionary advantage. It gives us the ability to make better predictions about ourselves and the world around us, while making us more unpredictable to other and more difficult to anticipate. And most importantly, it allows us to change ourselves, evolve, and turn into something different within seconds, rather than generations. Exponentially accelerating our evolutionary process.

When it comes to spirituality, again, the word consciousness is used to describe something a little different. In the spiritual realm, consciousness refers to the belief that the universe itself is, like ourselves, some type of a sentient entity. A being that has some level of awareness, a capacity for processing information, and with it, the capability to make some form of decisions regarding its reactions.

This is quite a big concept to wrap your head around, and quite a difficult thing to believe for two main reasons:

First obstacle is causality. Since we’re aware that things happen for a reason, and that every effect has a certain cause, then there doesn’t seem to be any room left for the universe to make any decisions. Though when looking into chaos theory, the butterfly effect, and the unpredictability of the quantum world, we learn that there always is some wiggle room. There’s a certain freedom in the system that might be chaotic, or might not. So even though the system (universe) is deterministic, some things are still random and unpredictable.

The second obstacle is, of course, that even though the causal universe has some room for uncertainty, this by no means proves that this uncertainty is guided or organized by a central mechanism. But for generations, and even in this scientific age, people still seem to be experiencing some kind of unexpected order in the chaos. This divine order usually in the form of a sequence of extremely low-probability coincidences that are just so perfectly organized that it would be extremely improbable that they haven’t been orchestrated.

We can’t quite prove that this type of consciousness exists, nor can we prove that it doesn’t. But even though, it is still one of the most predominant uses of the word, and probably also the main reason for the confusion around it. 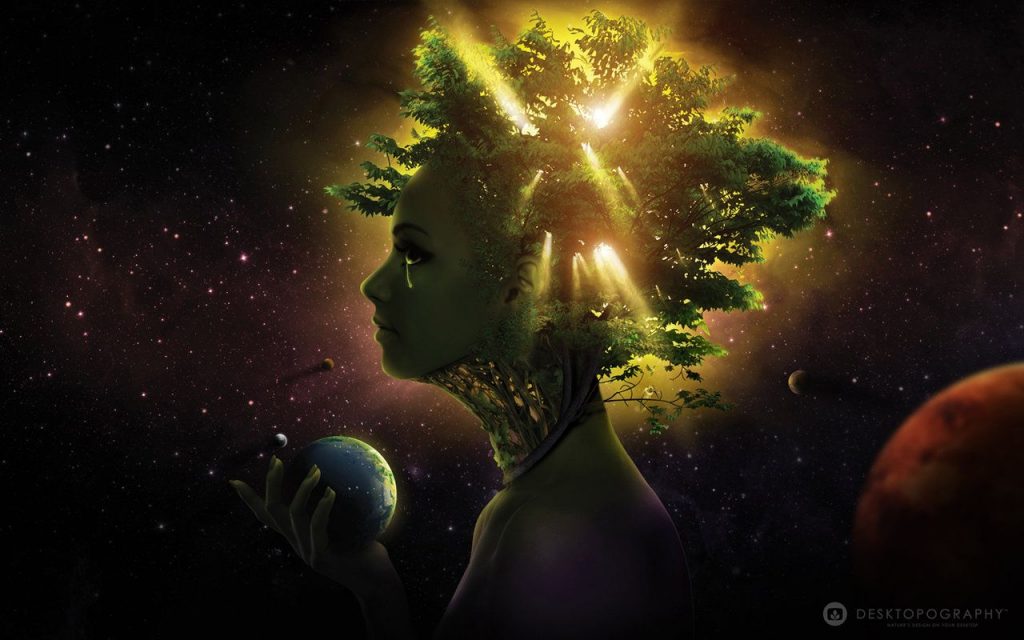 Putting it Back Together

Now that we can distinguish between the different types of consciousness and find their common denominator, let’s try to put them back together – but this time, as a scale containing different levels.

The first level of consciousness would have to be existence. Existing is the lowest and most basic level, so it would be our baseline, or 0 value.

“The unexamined life is not worth living”

If you have any questions, think there’s an error in one of the arguments, or just don’t believe me, feel free to leave a comment. However, if you’re still with me, let’s push this another step forward and try to think what does this say about the future of artificial conscious intelligence.

If we look at the current level of AI, one thing we can definitely say is that it exists (in context). So, it definitely qualifies as a level 1 consciousness.

When looking at the simplest life forms, such as plants, bacteria, insects, and other such being, we really don’t see anything more than a collection of rather simple algorithms. Environmental data goes in, certain algorithms are used to process this data and dictate a reaction.

The third level of consciousness seems to be the challenge we’re currently facing – both for humans and AI alike. The challenge of developing something that knows itself, understand itself, and capable of improving itself is the most complicated and important challenge of our time.

In terms of mental consciousness, the AI of today is completely unconscious. It learns by trial and error and has no awareness nor understanding of its own mental process.

Our next challenge should be to grow past this stage and develop mental intelligence. To design a completely new type of AI, one that can not only learn from mistakes but also learn from thought and imagination. An AI that can know itself, and by extension of that, know us – rather than just react to us.

We, as humans, are facing just about the same challenges. Even though we are on the third stage of consciousness, this stage is a spectrum that has many different levels. Our ability for self-awareness is developing, and we still have quite a way to go. There’s still a lot we don’t understand about ourselves, our bodies, our emotions, and especially our minds.

If we really wish to improve ourselves, this should be our main focus. Because from an evolutionary standpoint, the progression of consciousness is the only real progress we achieve in our lives, and everything else just compliments it.

On a long enough timeline, we can see that the only real heritage for future generations is not our beliefs, stories, culture, nor scientific discoveries. Our only sustainable long-lasting heritage is our evolutionary progress, as a species. And nowadays, our evolution, just like AI, is all about the mind.

The Dark Side of The Life-Plan
The Real Reason We Feel Embarrassed
What is Emotional Intelligence?
Hacking The Mind