Getting to know your Unconscious 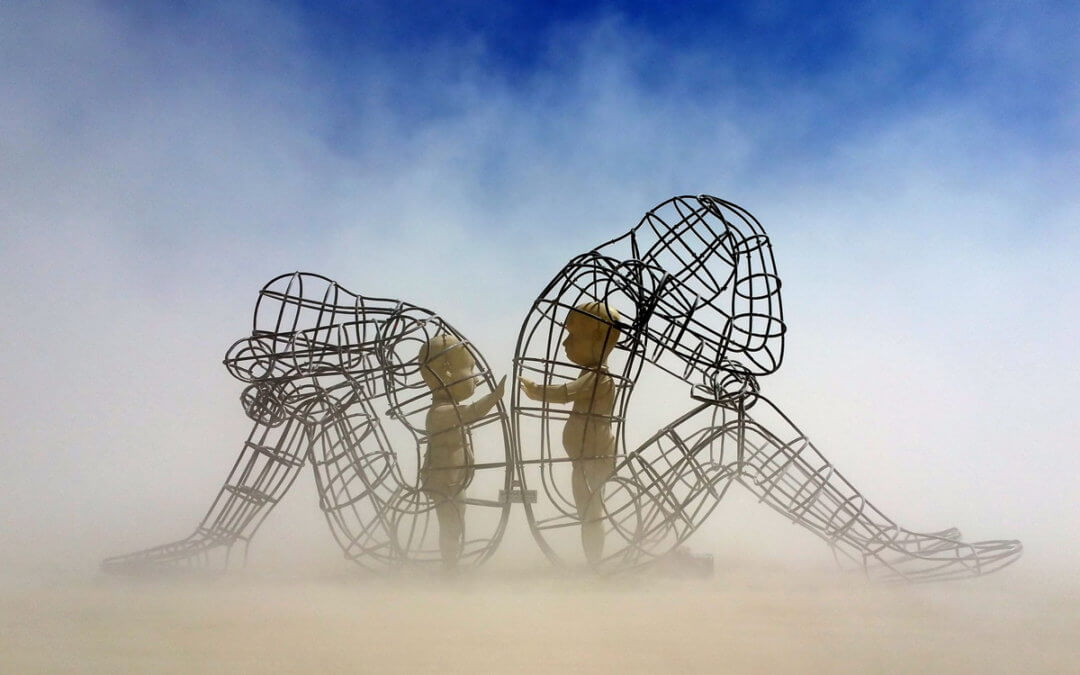 Who is the Unconscious?

Across disciplines, the human psyche is roughly divided into two parts – one conscious and one unconscious. The conscious part is the rational and civilized aspect of the psyche, while the unconscious part is the primal, instinctual, and more savage in nature. And whether we like it or not, we all have both. They are an inseparable part of the human experience and quite literally come with the body.

So this is who we are, a divided being, on one hand, rational and calculated, on the other, instinctual and animalistic. And as others before me have already stated, our greatest challenge in this life, and the only way to reach happiness, is to bring balance between these two opposing forces.

If achieving this internal balance is a challenge you take seriously, let me share with you some crucial information about this hidden self of ours.

This article will look into different hypotheses made by Michael Singer, Eckhart Tolle, Sigmund Freud, and John Bradshaw regarding the nature of this dark passenger which lives inside all of us in an attempt to understand this hidden entity to its fullest.

Michael A. Singer – The Annoying Roommate

I chose to open with Michael A. Singer, the author of The Untethered Soul. In his book, Singer refers to the unconscious as a maniac roommate who you happen to share your head with. An internal voice that never shuts up, constantly tries to ruin anything you do with bad advice, and then criticizes your actions.

Singer’s strategy for dealing with the unconscious is to simply ignore it, claiming that the formula for happiness is simply to get rid of that annoying part of yourself. As from his experience, the internal roommate’s only wish is to cause us pain and misery, and therefore, there’s no point to interact with it.

As extreme and horrific as this description may sound, this is an extremely common belief. Many see the unconscious aspect of the self as some kind of a disturbance or a pest which they ought to reject, ignore and push away.

Eckhart Tolle remains within the status quo and describes the unconscious as a perpetrator. A part of you with only a single interest in mind and that is to cause pain. Therefore, he simply named it ‘the pain body’.

He describes the pain-body as a ’psychic parasite’ that possesses you, feeds off of you, and pretends to be you. An unseen force that causes people to compulsively seek pain over and over again. A creature that its sole purpose is to maintain our maladaptive patterns of pain and suffering.

According to Tolle, we all must resist the pain-body, suppress it, silence it, and stop it from taking over us. Like Singer, he as well takes the approach of separating himself from the unconscious, naming it, blaming it, and getting rid of it. As far as Tolle is concerned, rejecting the unconscious, ignoring, and abandoning it is the way to live a free life, liberated from suffering.

… of a negative character and can be described only as a contrast to the ego … has no organization, produces no collective will, but only a striving to bring about the satisfaction of the instinctual needs

Freud tells us that all of our psyche is partially unconscious, but he does identify one part as entirely unconscious, which he calls the id (das Es, “the It”) and refers to it as the dark part of the human psyche.

The id is the innate part of the human personality which he describes as impulsive, illogical, and irrational. Moreover, Freud describes the id as delusional, fantasy oriented, selfish, and interested in nothing more than satisfying its own primal and instinctual needs with complete disregard to social norms and the collective will. Making it to be a dumb and primitive part of ourselves that can cause great embarrassment if revealed to others.

Even though Freud, Tolle, and Singer seems to be in agreement as to the nature of the unconscious entity, Freud tells us that we can’t just ignore the unconscious and its desires, but instead, he urges us to try and tame it. To subdue the selfish, impulsive, and irresponsible part of ourselves and only allow it to express itself in a socially acceptable manner.

Finishing the past, and reclaiming the inner child, in the process becoming our own caregivers, our own parents

John Bradshaw is not nearly as famous as the other three guys above, but his perspective of the unconscious is by far the most complete. Bradshaw’s theory of the wounded inner child breaks away from the status quo and takes a completely different angle. Instead of just telling us again and again what the unconscious is and how bad it is for us, Bradshaw tries to take a step deeper to help us understand why.

Bradshaw presents the unconscious not as a perpetrator, but as an innocent child. A child who simply reacts to the environment using the maladaptive patterns which they absorbed throughout childhood. Making it behave in a negative manner, not because it is evil, but because it is wounded.

According to Bradshaw, all of our unconscious misbehaviors can be traced back to some dysfunctional childhood experience. An emotional, and at times, physical abuse which we were exposed to as children. Since that point, our unconscious mind, like a wounded inner child, is stuck in these patterns, continuously seeking for closure. Unconsciously perpetuating the abusive behavior it was exposed to until it could finally make sense of it, heal, and complete the past.

Therefore, from Bradshaw’s perspective, the unconscious should be treated very differently. Not to be rejected and ignored as we were taught, but to be accepted and loved. Claiming that a healthy adult life is only possible after we manage to reclaim the inner child and empower it. That is, to become your own caregiver, stop the perpetration of abuse, and treat yourself with love, compassion, and understanding.

As all describe the unconscious by what it does and how it behaves with them, Bradshaw is the only one who has been able to give us a glimpse at the motives behind these unconscious actions. Explaining not only the superficial behavior but also the process which takes place behind it. By that, offering a constructive solution rather than a reactive one. In turn, giving us a model which allows us to look deeper into our past and actually change our maladaptive patterns.

Another interesting thing which the inner child model allows us to understand is how all other theories have been formed. Since we internalize our caregivers and treat our inner child as our parents treated us, we can track these patterns back to childhood.

People who were treated by their parents as annoying pests who seek to ruin their plans, would find Singer’s version of the inner roommate most appealing. People who grew up with disapproving parents who condemned everything they’ve ever done and treated you as nothing more than a cause of pain would find Tolle’s version of the pain-body most appealing. And those who were brought up under strict discipline, but were given the opportunity to express themselves when it was socially accepted, they would Freud’s version of the id most agreeable.

However, all these are merely different types of Bradshaw’s wounded inner children. All are hurt, scared, and emotionally abused.

Now that you know this, you no longer have to punish your unconscious self. You no longer have to discipline, reject, ignore, or hate it. Don’t treat your inner child as your parents treated you. Instead, take control over your behavior and treat your inner child as you wish your parents would have treated you. With love compassion, acceptance and understanding, as a child should be treated.

Escaping Your Hand-Made Cage of Anxiety
About The Project
Anger: Our Innate Response To Unjustified Attacks
The EI View of an Existential Crisis