The Game of Shame: The Pain of Pretending 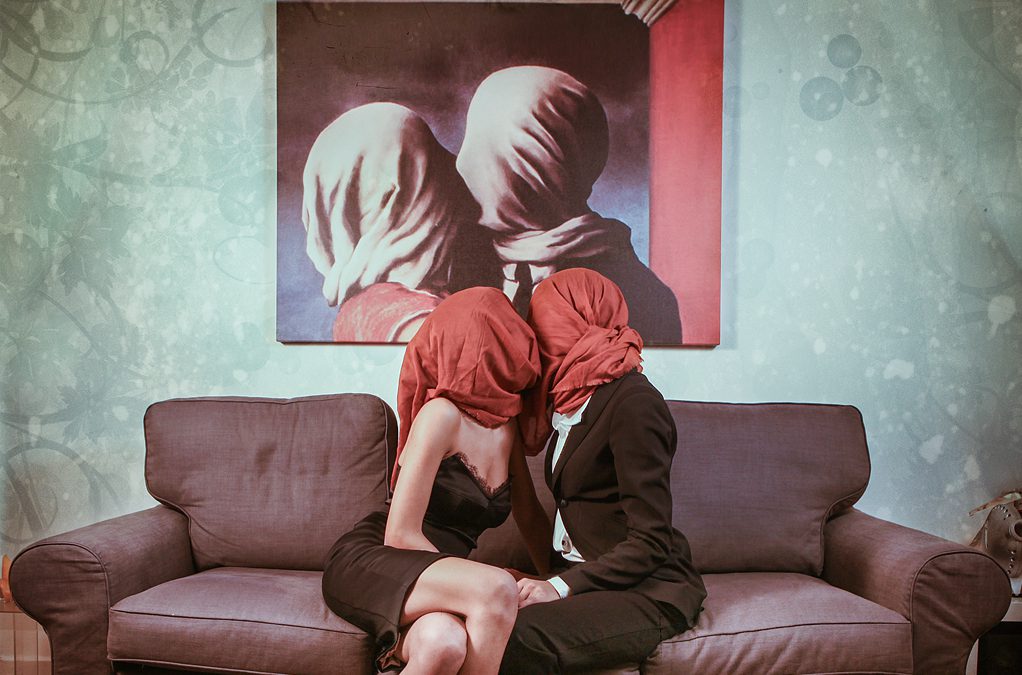 The Road to Happiness Leads Nowhere

This persistent feeling that I must be productive, do more, achieve more, work more, earn more, and buy more. But as hard as I work, and as much as I try, it never seems to be enough. Not successful enough, pretty enough, smart enough, fast enough, or good enough – I am not enough.

But when being ourselves seems unacceptable, we must pretend. Take loans to buy things with money we don’t have, tell stories about things that we didn’t actually do, and hide any details which might lead people to find out that we are a little less than we appear to be. All that just to make them think we are happy, successful, smart, and beautiful – that we are good enough.

We all play this game, the game of shame, the game of pretending to be happy and satisfied even though we’re nothing but. We play this game because we believe it is the path to happiness, the road for social approval, for safety and stability. And we truly believe that if we could just push a little harder, this dream we created could finally be a reality, and happiness will be rightfully ours.

But is this so? Will this path ever take us to where we wish to be?

This article will expose this game of pretending for what it really is – an endless loop which leads only to more and more shame. Hopefully, allowing you to comprehend the full value of authenticity and vulnerability, and with it, learn to trust yourself.

The Declaration of Virtues

The ability to collaborate with strangers allowed humans to function in larger social groups than ever before, and with it, changed human interaction beyond recognition. It was the birth of formal interaction, ranks, roles, positions, and departments. These secondary groups gave us the great power to accomplish things which we never even dreamed of before, and with it, some new problems and difficulties.

For these social structures to function properly, each member must be assigned a role. But since the members of the group aren’t personally familiar with each other’s experience, abilities, and skills, it is up to each member to declare their strengths and weaknesses and nominate themselves for the position which fits them best. Each role carrying a certain level of responsibility, and with it the status and prestige to match.

In such conditions, people often tend to bite off more than they can chew. Overestimate their abilities and make declarations that they will later struggle to live up to. It’s not a flaw or a mistake, it is simply human nature.

Inevitably, sometimes people fail to live up to these expectations they’ve set for themselves and end up falling short of their presented self-image – which causes them to feel embarrassed. Embarrassed for being less than they were supposed to be, and being unworthy of the status and respect they claimed.

In some situations, the thought of losing one’s social status and respect may be too terrifying to handle. Causing the person to take extreme measures to cover it up and pretend that nothing wrong has happened. And as the embarrassing incident remains hidden, and the game of shame begins. 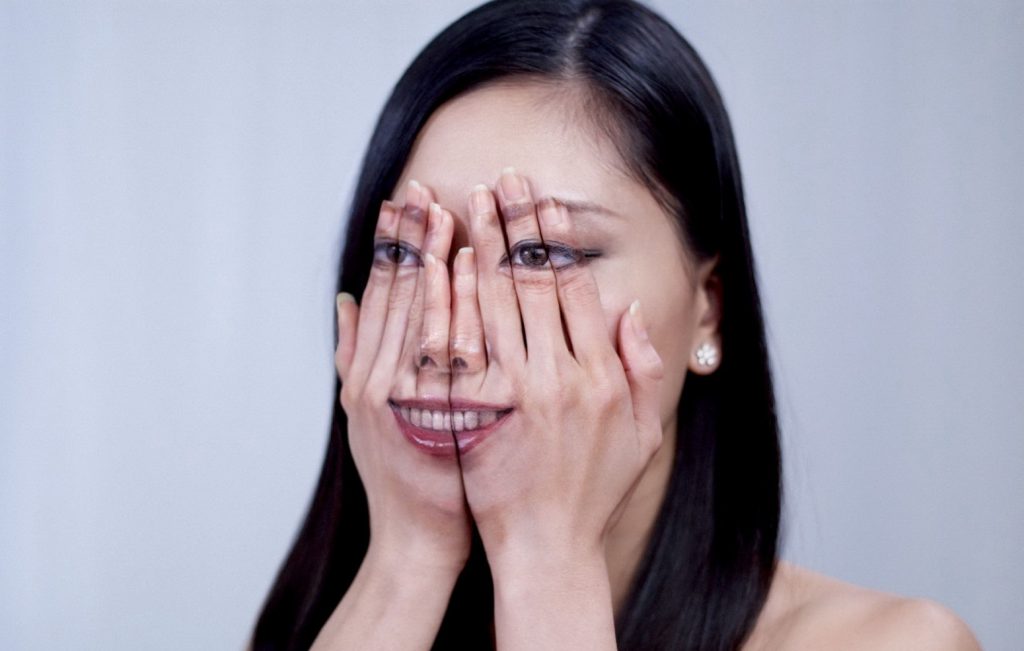 The Spiral of Shame

When feeling dependent on the collective, and dreadful of losing one’s social status, people may choose to fake it – cover up their embarrassment. Pretend that they are still the person they claimed to be, and act as if nothing bad has ever happened. But the longer they fake it, and the further from their actual self they drift, the more shame accumulates within them.

It is all about the gap between the persona people present, and the person they actually are. This gap represents how badly a person judges themselves, and it is the source of all feelings of inadequacy. The greater this gap is, the worse it feels, and the longer one keeps pretending, the harder it impacts their sense of self-esteem.

In turn, causing them to feel even less capable, and even more dependent on the collective. Afraid that if one day they are to be exposed, and their true-self discovered, they will be rejected, abandoned, and isolated.

This is shame – the spiral of embarrassment and pretending – and it is more common than you might think. In our society people are thought to feel like they aren’t as good at their jobs as they should be, not the parents they should be, or perhaps not the partners or friends they should be. And as they try to maintain the spotless appearance, shame and insecurities start to grow.

In today’s reality, we all claim to be a little more than we really are, which makes us all ashamed of something – and worse than that, we believe that it’s just us. We truly believe that everyone else is actually who they claim to be, and it is only us that pretend. This belief, this blindness to the flaws of others, causes us to push it even further. Increasing our claims and with it, our shame and the shame of others around us. Those who are, behind their masks, in the exact same situation as us.

So we try our best to become even better, to improve, do more, achieve more, and finally, show the others that we are as good as them. This vague concept of ‘them’ that keeps judging us and telling us we should’ve been better – should have more, worked harder, earn more, spend more, have more, and feel better. That to fit in we must be better, and that who we actually are is just not good enough. 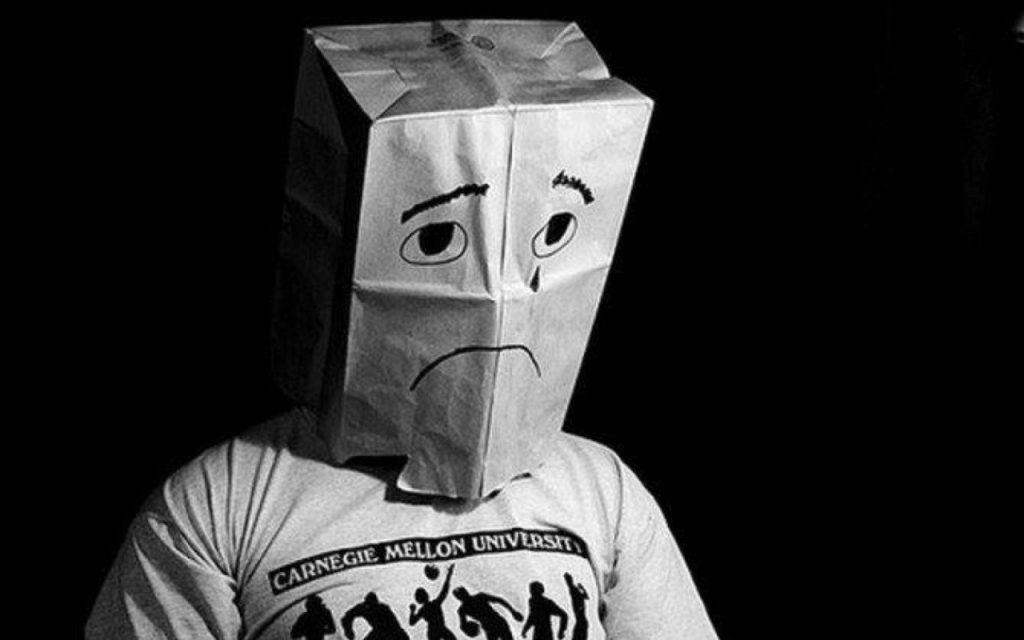 There Is No They

I’ll let you in on a little secret – there is no ‘they’. Well, they surely exist in your head, but that’s it. There is no collective entity of beautiful models and successful businessmen who are drinking champagne and chilling happily on their brand new yachts. In reality, there are only a bunch of people, just like you and I, that wear a ton of make-up and starve themselves half-way to death, or spend their entire lives boxed in an office. All of that, just so on the weekends they could rent a yacht, run away from their miserable lives, and pretend to be those people. Only because they are so painfully ashamed that they aren’t.

Those who would really feel like absolute failures if they were to eat anything more than a salad. Those who couldn’t live with themselves if they missed a day of work. The phony photoshopped wannabes and the ‘never met my children’ corporate execs. These people who can’t go through the day without a cocktail of legal and illegal drugs are the ones we aspire to be like.

In the name of progress we’ve come to worship shame, and in the name of shame we’ve learned to hate ourselves. 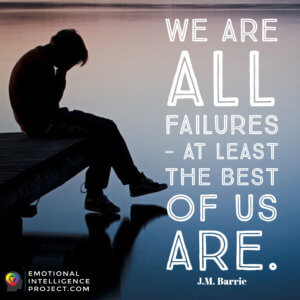 The Effects of Shame

The things we convince ourselves that we have to do in order to deserve happiness, and this person we have to become so we can finally feel worthy of our place in society, this is a representation of the gap in our self-esteem.

This ideal model of the self, the one people try to motivate themselves into being, the one who has more, does more, and achieves more, this is also the model our mind uses to estimate the self. It is how we judge ourselves – on one side is the person we should be, and on the other is the person that we truly are. The greater the gap between the two, the worse we feel about ourselves.

It is the desire to become better that ends up making us worse. People depriving themselves of happiness in order to make themselves strive towards greater goals which originally held no appeal to them. Inevitably, making them feel bad for not living up to their over ambitious self-standards, and induce feelings of inadequacy, worries, shame, and fear.

When experiencing high levels of shame, no one cares about achievement anymore. Now we play defense, and the only goal is stability. Whatever happens, we must not be exposed. Do anything in our power just to prove that we are indeed who we claim to be. The inability to handle failures and embarrassment has confined us to mediocracy.

So we choose to play safe, remain inconspicuous and do as we’re told. 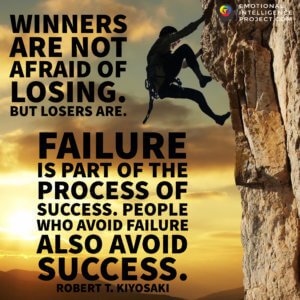 Escaping The Game of Shame

Most people in today’s society suffer from low self-esteem, and due to that choose to hide their flaws, remain inconspicuous, and pretend to be whoever or whatever they should be in order to avoid judgment. This game of pretending is a loop which keeps reducing the person’s sense of self-esteem until it completely diminishes.

On the other hand, there are the people with high self-esteem. They greet embarrassment with vulnerability, admit their mistakes, and remain true to who they are at all cost, knowing that they have nothing to fear. Knowing that there is no shame in failing, and the only shame is in pretending to be someone you’re not.

This cycle is the game of shame. A game that has no winners nor an ending, but a game you don’t have to play.

All men make mistakes, but a good man yields when he knows his course is wrong, and repairs the evil.

The Real Reason We Feel Embarrassed

Anxiety is not a Disease, It’s just a Mistake
The Dark Side of The Life-Plan
About The Project
What Makes Happiness Into Such an Elusive Emotion?