The Negative Correlation Between Ambition and Self-Worth 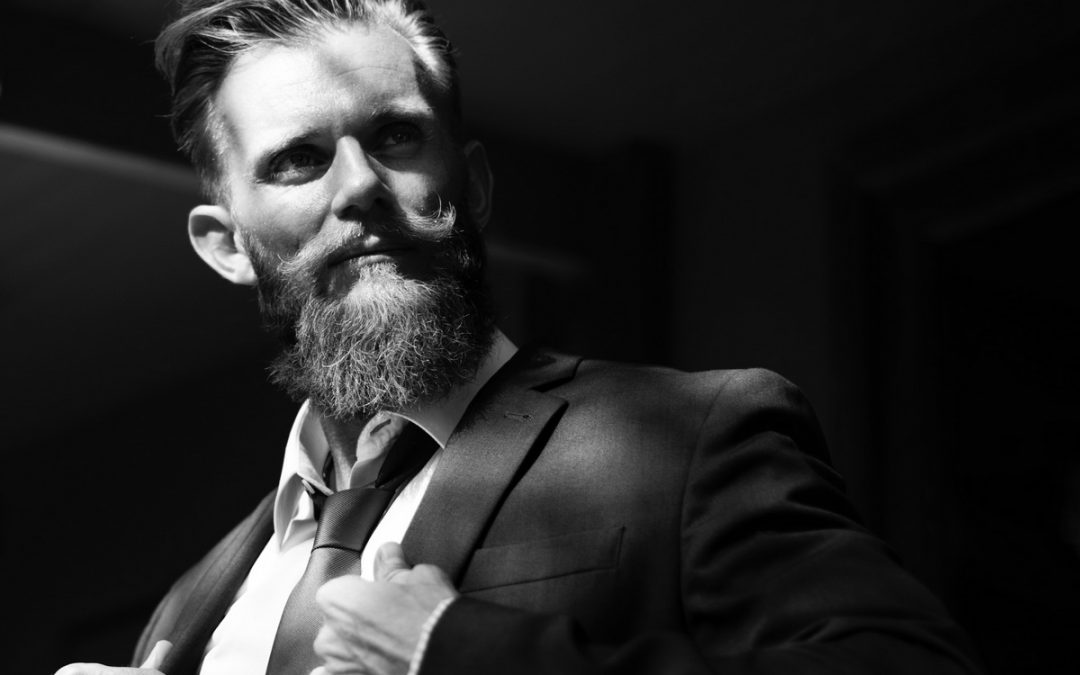 Confidence Through Achievements (The 99%)

In our modern capitalist society, the common belief is that to increase our sense of self-worth, we must acquire more and more achievements. Implicitly guiding us to first choose what kind of person we wish to be, and then, work relentlessly to become this person. Sure, that sounds reasonable and quite logical, but yet, this method ended up creating a society full of insecure people with a tendency to feel extremely inadequate. Causing shame, guilt, and worthlessness to become an epidemic.

Let me share with you a different method. A method easier, quicker, and far superior in every way, but for some reason, even though it has been thoroughly documented by the humanistic psychologist Carl Rogers years ago, only a few fully understand and practice it.

This article will deeper look into the inner workings of our self-perception, expose the psychological side-effects of relentlessly seeking self-improvement, and attempt to discover a way to motivate ourselves without becoming psychologically unstable in the process. By the end of this article, you will know the full meaning of inadequacy, and the real reason behind it.

Background – The Components of Self-Worth

To understand the mechanism behind the perception of the self, there are some basic terms (coined by Carl Rogers and Abraham Maslow) which I would first like to clarify.

Ideal-self:  the person you wish you were – a mental concept which is constructed from the qualities that a person believes others would expect to see in them.
Self-Image: the person you believe you actually are – the mental representation of the self, based on previous life experience.
Incongruence: the lack of compatibility between the self-image and ideal-self – this gap being the cause of self-judgment and feelings of low self-worth.
Self-Worth: one’s opinion of themselves – a person’s perceived ability to live up to expectations. 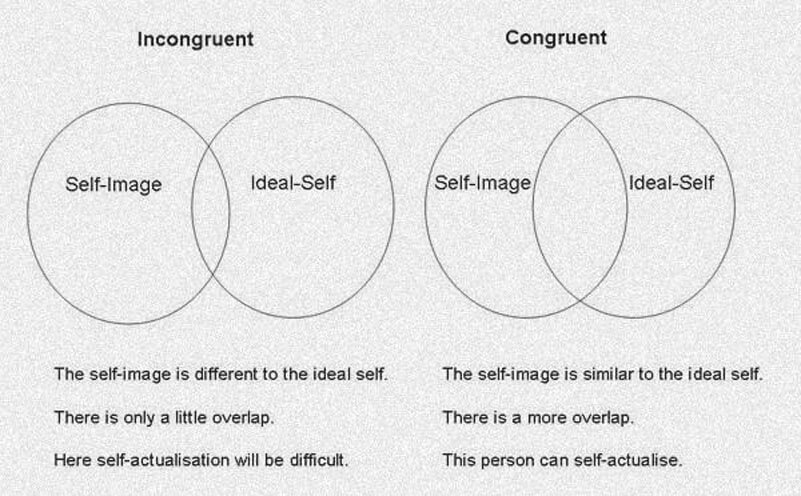 Self-Actualization: the highest of human natural needs, according to Maslow’s hierarchy of needs – it is the need to maximize one’s self-abilities and fulfill its highest potential. According to Rogers, self-actualization can only be achieved by a person in a state of congruence – a state in which the ideal-self and the self-image overlap.

In the modern western society, we are constantly encouraged to aim higher, want more, and motivate ourselves as much as we possibly can. We are taught that to fight off any feelings of inadequacy and worthlessness we must improve ourselves, achieve countless goals, and become rich and successful.

Therefore, when feeling inadequate, people automatically try to make themselves feel better by pushing harder. Increase their ambitions and create more goals and self-expectations. Consequently, glorifying their concept of the ideal-self even further. Which unintentionally increases incongruence, causes high levels of stress, reduces their sense of self-worth even further, and make them feel even more inadequate than before. Eventually, causing people to collapse under the weight of their own self-expectations, and perceive themselves as worthless. 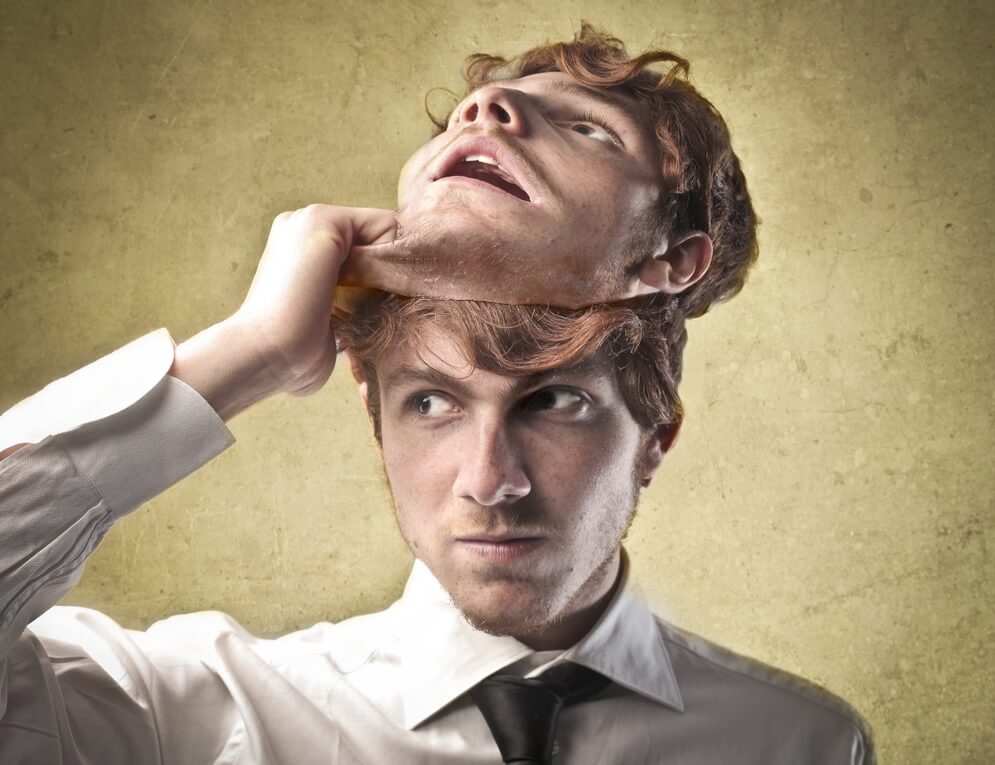 This method might motivate people to work harder, but it fails to reduce feelings of inadequacy, and instead, sends people head first into a spiral of low self-worth. When understanding how the mind works, it becomes clear why the feeling that we aren’t good enough is so common. The mechanism we use to motivate ourselves to strive for improvement is also used to judge us. The harder we push, the less worthy we feel, and the less worthy we feel, the harder we push.

Once caught in this vicious cycle, complete worthlessness is only a matter of time. 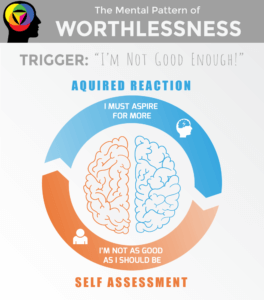 To save us from this endless loop of inadequacy, Rogers offers us a different method to deal with feelings of low self-worth. A method which might seem surprising, and even quite controversial at first, but yet, works like a charm.

According to Rogers, to effectively increase one’s sense of self-worth, a person must first accept themselves as they are. Not act to increase self-expectations and glorify the ideal-self, but instead, reduce incongruence by reducing self-expectations. Bringing the mental concept of the ideal-self to overlap with one’s self-image, and by that, balancing their perception of self-worth.

Indeed, this method will also reduce one’s ambitions, but it will allow them to perform more effectively. Increasing productivity and eliminating any feelings of inadequacy or worthlessness.

Furthermore, it is only in this state of congruence that a person can become a fully functioning person. A person who is emotionally and psychologically capable of transformation, growth, and self-actualization. Thereby, a person of actual great worth.

The curious paradox is that when I accept myself just as I am, then I can change 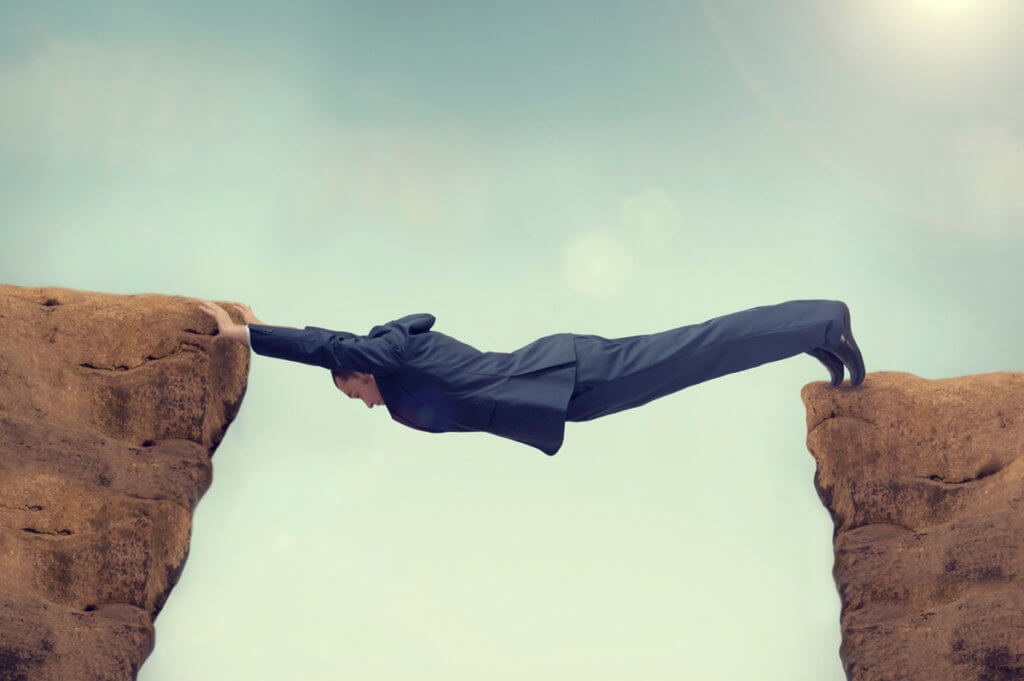 Rogers shows us that feelings of low self-worth, inadequacy, and worthlessness might not be the products of low motivation at all, but instead, the unintended results of excessive motivation. Therefore, striving toward inflated goals is not the way to success at all. From the psychological aspect, the more we expect of ourselves, the less effective we become.

Rogers found that people who do achieve their goals easily are those who accept themselves as they are. Those who do not set extreme goals, but aspire to be just slightly better. Then, once closing the gap, they raise the bar just a little more and strive to become slightly better than before. Keeping their emotions balanced, and their stress level manageable, as they slowly advance toward a greater goal.

The good life is a process, not a state of being. It is a direction, not a destination

According to this theory, which takes into account both the intelligent and the emotional state, the power to self-actualize doesn’t come from conquering more goals and improving the self, but from correctly managing our mental concept of the ideal-self. Cleverly manipulating our self-expectations to manage our emotional state and maximize efficiency. And by that, maintaining a steady mindset with relatively low levels of motivation and minimal stress.

So to gain the ability to become a person of greater worth, and self-actualize, first a person must reach authenticity and accept themselves as they are – for all of their flaws and ‘negative’ emotions. Only once a person’s self-representation is congruent with their behavior, they become fully functional and capable of fulfilling their true potential.

In a person who is open to experience each stimulus is freely relayed through the nervous system, without being distorted by any process of defensiveness

Disappointment as A Tool For Growth
The Dark Side of The Life-Plan
Anxiety is not a Disease, It’s just a Mistake
What Makes Happiness Into Such an Elusive Emotion?