Envy is the Core of Both Jealousy and Admiration

by Roy Toledo | Emotional Management Tools, Get To Know Your Emotions 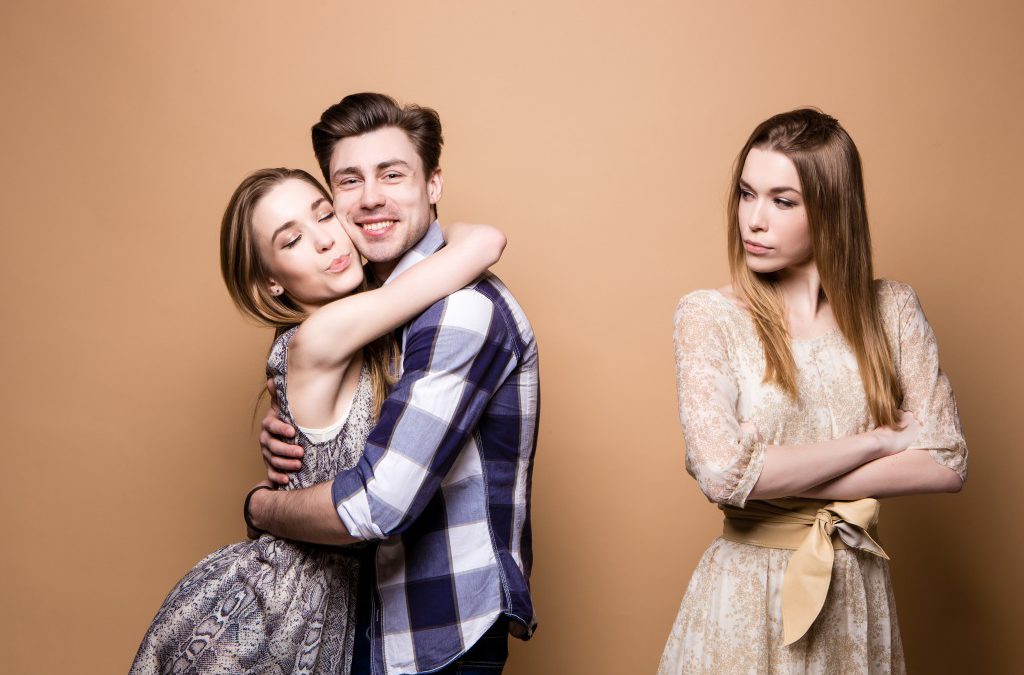 There’s this memory stuck in my mind. I must have been 12 years old and my brother was around 10. We were walking home from school as this beautiful brand new Porsche 911 drove by. Both of us were as impressed as two little kids can be when they see a big new shiny toy. At this moment I remember thinking to myself “Wow, what a nice car, I wish I had one…”, while my brother simply said “Motherfucker!”

Throughout the years this memory keeps returning to my mind, and I’ve spent a lot of time thinking and rethinking about this incident. Trying, again and again, to understand how our reactions to the exact same incident could be so vastly different, and I think I finally got it. It was obvious to me that my brother liked this car just as much as I did, and that he wanted it just as much as I did, but for some reason, where I became motivated, he became angry, and when I felt envy, he was jealous.

The Pattern of Jealousy

First, it is important to emphasize that wanting things that we don’t have is a natural human tendency. An innate tendency, hardcoded into our minds; it doesn’t require learning, and it is present in all humans, for their entire lives, whether they want it or not. Furthermore, this tendency to want more has played a crucial role in evolution as it pushed organisms to seek growth and expansion, as they eventually became what we are today. But when desire arises we encounter a fork in the road. On one hand, this desire can be expressed and pursued, while on the other, suppressed, hidden, and rejected. One path leading to envy, motivation, and admiration, the other to jealousy, hatred, and aggression.

In the case of envy and admiration, the individual allows themself to acknowledge and express their desire in an acceptable manner. Setting goals, making plans, and allowing the urge to motivate them in the pursuit of growth and expansion. A positive process in which the person aspires to something more, challenge themself and puts in the work needed to improve their current situation.

But in some cases, and under some conditions, such desires may encounter internal resistance and become blocked and suppressed. That usually happens due to a disempowered mindset which causes the person to believe that satisfying such desires may be beyond their capabilities, fear of failure and social judgment, or practice of self-denial. Whatever the reason may be, once envy has been rejected from conscious awareness, the urge does not disappear. It is still very much alive, only now it will be managed by the unconscious. There, far from sight and without any reason or boundaries, it is no longer considered envy, but from this point on, it becomes jealousy. 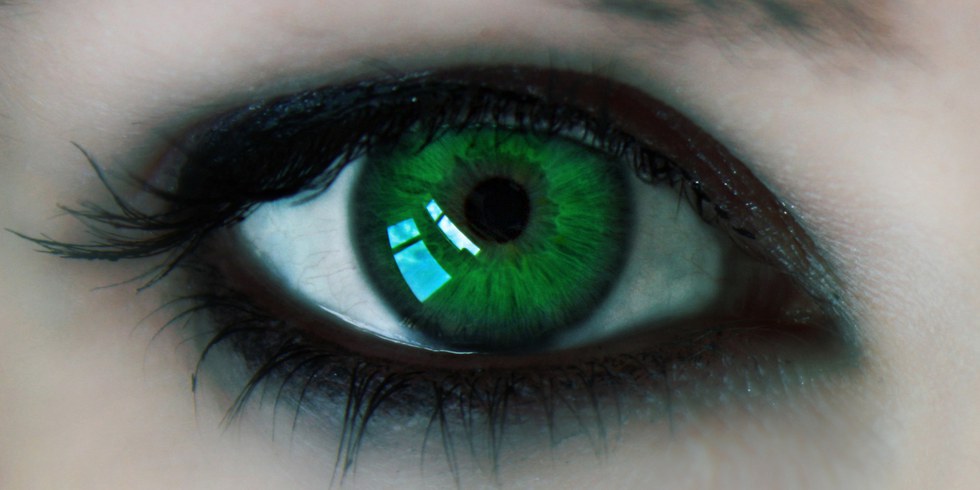 The Consequences of Suppressing Envy

When accepted and expressed, envy can be beneficial, and even pleasant. It’s an emotion that carries the power to motivate change combined with a clearly defined goal. It is a desire which induces competitiveness, pushes us out of our comfort zone, and drives us to try harder and pursue greater things.

When accepted and dealt with consciously, envy may also transform into admiration. With the understanding and appreciation of the challenges and difficulties of reaching some goals, we also learn to appreciate the efforts which the object of our envy must have invested. And it is that exact same desire for someone else’s achievements, joint with understanding and appreciation, which bring forth the emotion of respect and admiration. But when suppressed, repressed, and dealt with unconsciously, envy morphs into something quite different.

Moreover, after pushing envy down into the unconscious, we can no longer appreciate anyone’s efforts. When dealt with unconsciously, the object of envy is being treated as an enemy which stands in our way. In this process, instead of motivating competition, the energy of envy is being used to motivate a fight. Mutating into an uncontrollable urge to take from the other, rob, steal, and hurt others in order to fulfill our secret and often shameful desires. It is this perceived need to fight which fills the jealous person with hatred and aggression.

Once envy transforms into jealousy, it becomes dangerous, primitive, and inappropriate. The anger which rises with it disrupts the thinking process and clouds perception, throwing the person into a state of fight or flight. It is a lose-lose situation, in which acting on these urges would result in irrational acts and failures, while suppressing these urges will only make them stronger.

Jealousy is a self-reinforcing situation that sends the person tumbling down a spiral of anger, frustration, and insecurities. If left unattended, it slowly eats away at the person’s sense of self-efficacy and self-esteem, which only causes more avoidance and brings more jealousy. 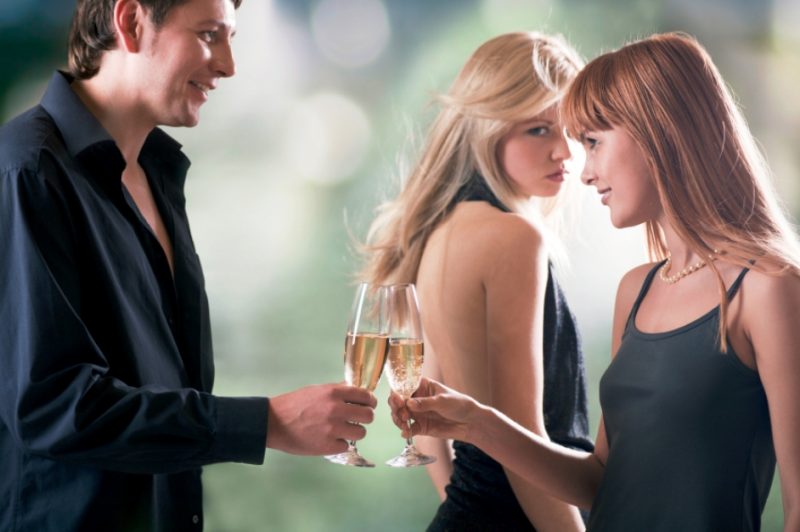 Jealousy is such a challenging emotion to work with, not only because it is impossible to control, but because it alters our perception. It is a self-reinforcing pattern that continuously strengthens itself. But once you can see it for what it is, and accept it back into the realm of the conscious, it will be cleared of aggression and transform back into envy.

When feeling the desire to have something that someone else has. Whether it’s their possessions, their confidence, or their emotional state, remember that this feeling is not wrong. Envy is an emotion that we all have, and feeling envious is an inseparable part of being human. So, when feeling it, don’t fight it, but instead, use it.

Use it as guidance – as an invitation to step out of your comfort zone and do something that you haven’t done before.

Do you want what they have?

Good! Now you have a clear vision of your goals. Try to synthesize what exactly it is that they have which you feel envious of, and set yourself a goal to get something like it.

You don’t know how?

No problem! Now you know someone who does, and you can learn by watching them or maybe even ask them.

Of course you will, failing is part of the game. Cherish your failures and extract from them every single piece of information you can use to do better next time. If you keep improving, eventually you’ll get it right!

So, the next time you find yourself reacting with jealousy, don’t resist it, use it!

Escaping Your Hand-Made Cage of Anxiety
Why Do We Worry? About Risk, The Future, & Fe...
Mindfulness Technique – How to Find & Fix You...
The Other Singularity