The Basics of Relieving Frustration and Disarming Anger 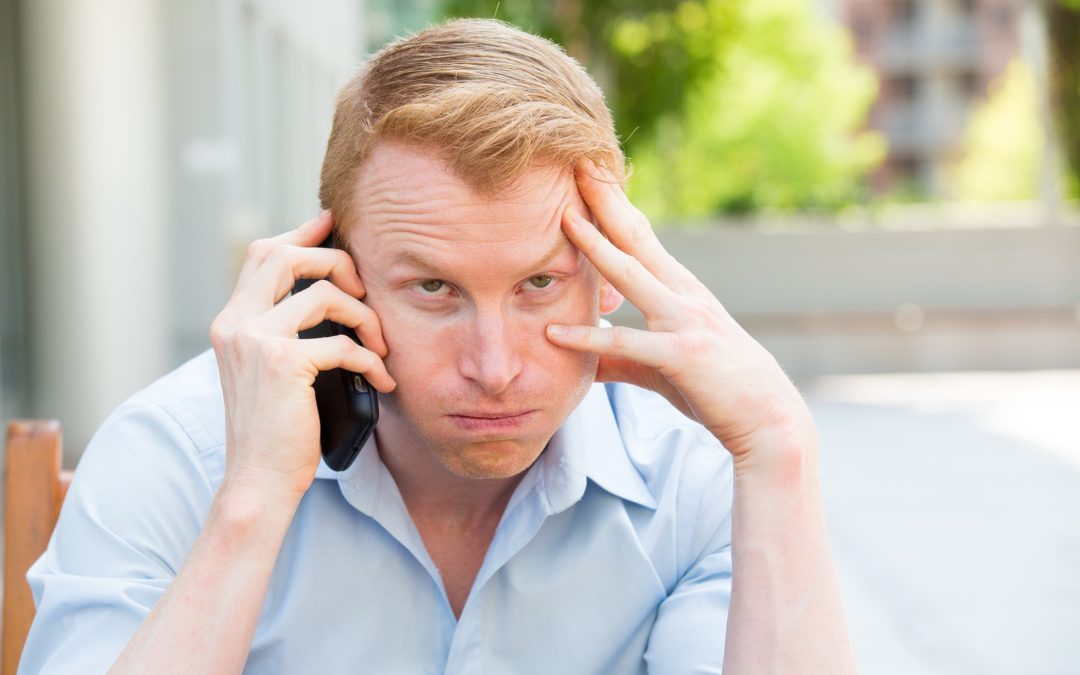 Anger is not just an emotion but also a reaction, and a very powerful one. It tells us that we are in danger, and to survive our unconscious mind has made the decision to fight.

Sadly, more often than not, this reaction is out of place. So often we find others, and even ourselves, fighting against things which can’t harm us, or even trying to help us. Fighting friends, family members, co-workers, or fellow shoppers.

Sure, the easiest thing is to just blame our innate animalistic instincts and pretend that we had nothing to do with it. But to find a real solution and stop tilting at windmills, we’re going to have to take a more mature approach and find a way to regain control.

This article will take you through the process of taking full control over your anger. After you have practiced these 4 stages, you will become the undisputed master of this powerful emotion.

The main purpose of anger is to help us protect ourselves against perceived danger. Due to that, any situation which we perceive as dangerous has the potential to provoke anger. So the first thing we need to do in order to remain in control is to keep ourselves safe.

Perceived danger is the feeling that our needs might remain unsatisfied. Throughout the millions of years in which we evolve, unsatisfied needs usually led to death or extinction. Naturally, our innate programming perceives any unsatisfied need as life-threatening. From the need for food and shelter to the need for love and belonging, all needs appear to be important enough to fight for.

Nowadays, as our perceived needs grow out of control, it’s not only predators we fight but also fellow shoppers on Black Friday. We NEED that iPhone! Or the dress, doll, LED screen, or whatever else. We are literally drowning in needs, and the more we need, the more we instinctively fight for.

So the first thing you’d want to do when dealing with anger is to pay attention to your needs.

Don’t worry, I’m not trying to insinuate that you don’t need a new iPhone or anything like that. I’m just saying that believing you need it might not be the best way to get it. After all, aggression is not how you get things anymore.

In the modern world, if you want to get your needs met, you need to use your head – be rational, calm, and focused. But why is it that even though we know that anger is not going to help us, we still get angry?

Well, to find the reason for that we need to step into the shoes of our unconscious, because after all, he’s the one that’s in charge of anger.

The unconscious thinks much like a child at about the age 6 or so. And just like a child, when things don’t go its way it would either scream, cry, or get aggressive. Or in other words, it solves problems with fear, sadness, and anger.

Once you communicated to your unconscious that something is important, and you NEED it, it will do everything in its power to help you get it. And yes, that means screaming, crying, and getting aggressive.

So if you have needs which require logic and rational abilities to satisfy, try to be the adult and don’t turn to your unconscious for assistance. Instead of increasing tension and stress by telling yourself how important and urgent this need is, try to calm your inner child and tell yourself that everything will be alright. That you don’t really need the iPhone, or the job, or your relationship. Not because it’s true, but because it will reduce aggression, increase cognitive abilities, and help you get your needs met.

While in it – Allow Freedom

When all conscious efforts fail, and the unconscious feels threatened and incapable of satisfying its needs, it initiates what’s called an Amygdala Hijack or the Fight or Flight response. Immediately the sympathetic nervous system kicks into action. The body is being pumped with adrenaline, heart races, breathing quickens, muscles tense, and the body is now ready to fight… or flight.

Once in fight or flight mode, the conscious mind is no longer in control and it is up to habits and instincts to protect us from the threat in hand. But fight or flight doesn’t necessarily mean anger.

When do we choose to fight?

Running away is safer, and therefore, it is always in higher priority. So when an individual believes that they could more easily satisfy their needs elsewhere, they would quickly choose to avoid the fight and just flee. In this case, anger won’t be triggered, and instead, a big fat “I don’t need this shit!” would be the end of the unfortunate situation.

But sometimes, we can’t just leave. When it’s a job we must keep, or our last shot in a normal relationship, or simply our home, leaving is not a valid option, and we must take the second best choice – fight.

Wait a minute. Fighting your colleagues, boss, partner, or people you live with doesn’t sound like such a wise decision… Hmm… That doesn’t matter though. Corner a dog and it will bite, corner a person and they will fight.

When trapped, or backed into a corner, every animal would fight their way out. This is not a rational decision but a pure survival instinct, and instincts always take priority over decisions.

So when you find yourself in an uncomfortable situation and feel your blood begins to boil, be quick to disengage and act to distance yourself from the situation. Even when it seems crucial that you stay put, you must allow yourself to leave, take a break, or ask for some space.

Give yourself the time you need to bring your unconscious back to safety, disarm the fight or flight response, and regain conscious control. And when encountering an angry person, just back off and allow freedom. Don’t push them, don’t chase them, and don’t explain things to them, because their mind is currently not there.

Remember, anger is not a rational reaction but an emotional override to distressful situations. So to regain control we must be able to change the situation.

Once you’ve distanced yourself from the stressful incident, and managed to stop the situation from escalating, it’s time to disarm the fight or flight response, and to do that we are going to use personal responsibility.

How does this work?

The unconscious mind is hardcoded. It comes ingrained with a certain set of rules by which it regulates anger, sadness, and other emotions. These rules can’t be changed and must be accepted and lived with, although, they can be outsmarted.

When something bad happens, the unconscious mind immediately starts looking for the cause and begins to cast blame. Blame is how it decides on which response to take. If the unconscious reaches the conclusion that the blame is external, and the incident is someone else’s fault, then it will invoke an aggressive reaction and attack them. While if it concludes that the blame is internal, and it is our own fault, it will invoke the passive reaction and attempt to correct itself.

Right in between these two reactions there’s a sweet spot. A place where the unconscious has no idea how to react, and that is when the blame is both our own and others at the same time and in the same amount. For such situations, when everyone is to blame, the unconscious has no preset reaction pattern. It doesn’t know what to do or how to behave, and to decide that, it turns to the conscious mind and ask for advice.

“Oh wise conscious mind, who should I blame for this unfortunate incident?”

I’m sure you’re familiar with this question, and I’m sure that when it was asked you too started looking for an answer. Maybe someone should have done things differently, maybe someone acted worse than others. We are so deeply programmed for blaming that we can literally do it in our sleep, but why should we?

The minute we find someone to blame, the unconscious will take over and attack them, and if we blame ourselves, it will attack us. So what should we say?

“Everyone is to blame”

Other than being the correct answer, it’s also the smart one. The unconscious is a simple structure, it isn’t capable of dealing with distributed responsibility. In other words, when everyone is to blame, there is no blame. There is no anger, there is no sadness, no fight, and no flight. No unconscious reaction once or ever.

As long as we keep the balance of blame, the conscious mind remains in control. The amygdala would remain confused, emotional reactions will not be triggered, and rational thinking and decision making could take place.

So you stopped your anger from escalating and regained conscious control. Very well, but now what?

Well, there’s a slight catch. If you indeed like this solution, and you would like to keep managing your emotions in a consciously controlled manner, you must express it. Let’s not forget, anger is not random, it was triggered for a reason. If we wish to live without anger, we must do something about its cause. Because if we won’t, all the anger we managed to suppress will transform into resentment. Resentment which can later spontaneously combust, and take over us at any given moment.

The big secret to correctly managing anger is that anger is an inseparable part of being a human being, and therefore can’t be avoided. What we can do is be sensitive enough to predict it and act to relieve it before it erupts. Hence, the next and final step in managing anger is to find a better, more rational, and intelligent way to express it.

What do I mean by consciously expressing anger?

Conscious expressions of anger include patience, compassion, vulnerability, and clear honest communication. That means that instead of reacting physically, you react verbally and thoughtfully. Express the circumstances and events which don’t sit well with you, express the needs you have which aren’t being met, and the reasons that make you want to fight. That now, after you have learned to listen to your anger, you should be fully aware of.

So before you get angry, do your best to express your situation as clearly and as truthfully as you can, and also try to be as patient as possible when others express how they feel. Even if it isn’t real, even if it sounds stupid, and even if you think that they don’t care. Emotions are what they are, and what you feel is what’s real to you.

Next time you feel that you’re getting angry, instead of acting angry, say “I AM ANGRY!” Then continue with the reason, as stupid as it may sound, you have to say it. “I am angry because I feel you don’t care about me”.

I know, expressing vulnerability like this is not as easy as it sounds. In my personal experience, I would sometimes rather explode for a whole month just to avoid saying these words.

Vulnerability and honest communication are significantly more successful tools to get your needs met in the modern world, and to get what you want, you are going to have to learn how to use them. So do your best, be gentle with yourself, keep yourself safe. Because safety is when you’re in control.

A Fit of Rage

Professional Failures: Why Avoiding Failure Leads ...
Going from Simple Fear to Full Blown Panic in 4 Ea...
Lonely Together – Being With and Feeling Without
Trapped in My Beliefs – The Link Between Emotional...