The EI View of an Existential Crisis 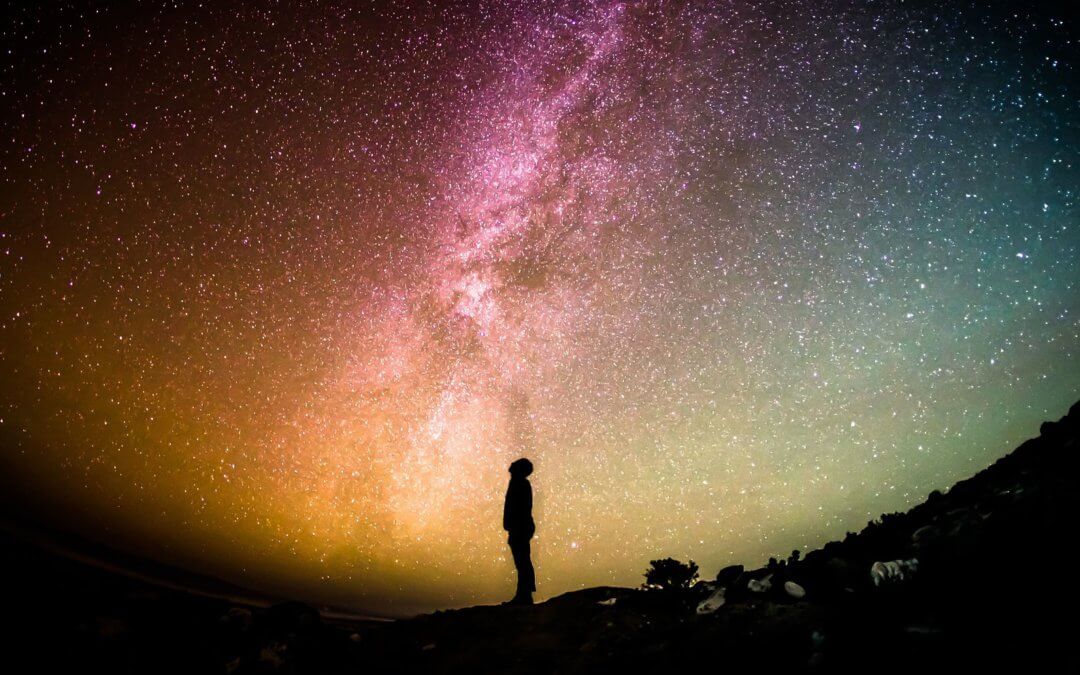 The Meaning of Life

For generations, humans have been obsessing over the fundamental questions of existence: Who are we? Why are we here? What are we meant to do? We’ve explored the earth, the solar system, and distant galaxies, but these questions still remain unanswered. Agonized by the inability to satisfy the need to know, some choose to drown their existential anxiety in one made-up religious dogma or another, but for some, escaping these questions is not an option.

The skeptic minds who are unable to settle for a random collection of concepts must embark on a journey of self-discovery, but until that journey comes to a conclusion, they are caught up between two worlds. In between two different worldviews and two different explanations to each and every one of their experiences. A painful state of cognitive dissonance in which each decision may seem right and wrong at the same time. Split in the middle of their being, uncertain of what is real and which explanation they should believe, this is the conflict known as the existential crisis.

This article will break apart the crisis of existential anxiety in order to achieve a clear and coherent solution. A solution that could hopefully resolve the cognitive dissonance even in the most skeptic of minds. 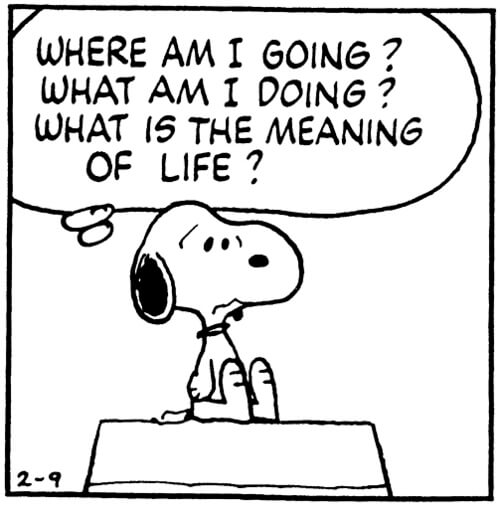 The first condition for an existential crisis is a faulty belief system. That is a belief system which might explain some parts of our experiences but yet fails to explain others.

When a person holding onto a faulty belief system encounters an experience that their belief system fails to explain, their understanding of the world is challenged. This experience induces cognitive dissonance. A state of mental inconsistency between what we know and expect to be true, and our actual experience of reality.

In this state, our senses, emotions, and instincts supply us information that doesn’t fit and can’t be explained using our current belief system. This state of dissonance is the mental equivalent to an injury, and can even feel every bit as painful.

2. Attachment and the Power of Social Consensus

This cognitive inconsistency can be resolved in several ways, but in this situation, the anxious person would remain loyal to their beliefs.

As humans, we base our social systems on our belief systems and divide into groups based on our beliefs. Christians usually socialize with other Christians, socialists tend to stick with other socialists, and vegetarians like hanging out with fellow vegetarians. As a result, our social structures bring us closer to like-minded people, while at the same time, separate us from those who think differently. And since we are divided by belief, in many cases, a change of mind would also entail a change of social affiliation.

But belonging is a basic human need. Whether we like it or not, we all feel the need to be a part of a larger collective. A part of a group of people that shares a common interest, and with it, a common world-view. Moreover, large social structures provide us with safety and stability. Emotionally as well as evolutionary, our sense of survival is affected by our affiliation to a social collective, and abandoning this structure frightens us deeply. Fear that, for some, can become so great that they would fearfully and aggressively reject any piece of new information that threatens to challenge their current beliefs.

For those who can’t risk social rejection, changing their mind is not a valid option. So to maintain the integrity of their current belief system and relieve the pain of cognitive inconsistency, all they can do is reject their experience. Firmly denying any new and inconsistent information, pushing away their emotions, denying their instincts, and blaming their own feelings and senses for misleading them.  Convincing themselves that their experience must not be real, but their belief system is!

The individual has always had to struggle to keep from being overwhelmed by the tribe. If you try it, you will be lonely often, and sometimes frightened. But no price is too high to pay for the privilege of owning yourself

The process of rejecting our feelings, emotions, and instincts in order to remain loyal to the collective belief system fails to reduce dissonance. If anything, it increases it.

As many might choose to believe, and often try to convince us, beliefs don’t create reality. Beliefs indeed have a significant effect on our internal subjective reality, but they have no impact on the external objective reality. Repression, suppression, denial, and cognitive distortion doesn’t change the world, and pretending that everything is always good has just as much impact as believing that the sky is green.

The rejection of experience doesn’t change the experience, but instead, traps the individual in a constant struggle to adjust their emotional input in order to better fit their beliefs. As they remain holding onto a faulty belief system that fails to properly explain reality, the level of cognitive dissonance continues to increase, and with it, the pain and anxiety.

Sooner or later, the anxious person will come to accept that there is no way to unlearn what they’ve learned, and they will never go back to being blissfully ignorant. At this stage, emotions start running wild.

Feeling sad, disappointed, guilty, ashamed, and mostly angry. Angry at those who made up these lies, and angry at society for pushing them to believe, at the school system, at the government, at religion, at God, but mostly angry at themselves. Angry that they rejected their own internal truth, fell victim to these simple but mistaken explanations, and made themselves suffer.

At this point of the crisis, the emotions are far too intense and impossible to manage, so they must be pushed away. In order to remain functional in society, these overwhelming emotions will remain hidden. To do that, the anxious person must slip into apathy which after a while becomes a way of life – a condition called depression. 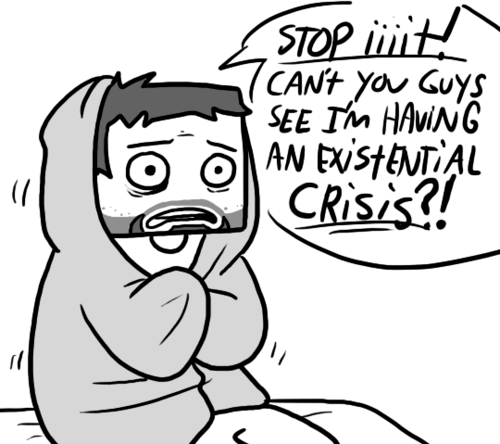 No matter who takes the blame or how badly they are punished, this unfortunate state doesn’t seem to improve. Because in the situation of an existential crisis, there is no one to blame, and only via a higher perspective can these overwhelming emotions be reconciled.

Reconciliation can only be achieved when realizing that we’re all in this together. For generations, we’ve all been doing our best to make sense of our existence in this world. This is indeed a long and difficult process, and we made many mistakes, but in the long run, we are making good progress.

The truth is that no one intended to lie or mislead anyone. Everybody is just as lost and confused, trying desperately to reduce their anxiety by holding onto whatever gives them the slightest sense of stability and safety.

Life has no meaning. Each of us has meaning and we bring it to life. It is a waste to be asking the question when you are the answer.

Once it becomes clear that there is no need for blame, the intense emotions begin to subside. The individual breaks out of apathy and depression, allowing their emotions and instincts to return, but this time, with a new strategy in place.

To break the vicious cycle and avoid getting caught in the same unfortunate situations again, experience, emotions, and instincts must be given priority over beliefs! To reduce dissonance, and resolve the existential crisis, a person must fabricate a belief system that corresponds with reality, not a reality that corresponds to a belief system.

Luckily, as the evolved creatures that we are, we enjoy a gigantic prefrontal cortex which grants us the amazing ability to change our minds. Change our own methods, patterns, and beliefs, in a way that no other animal on this planet can. 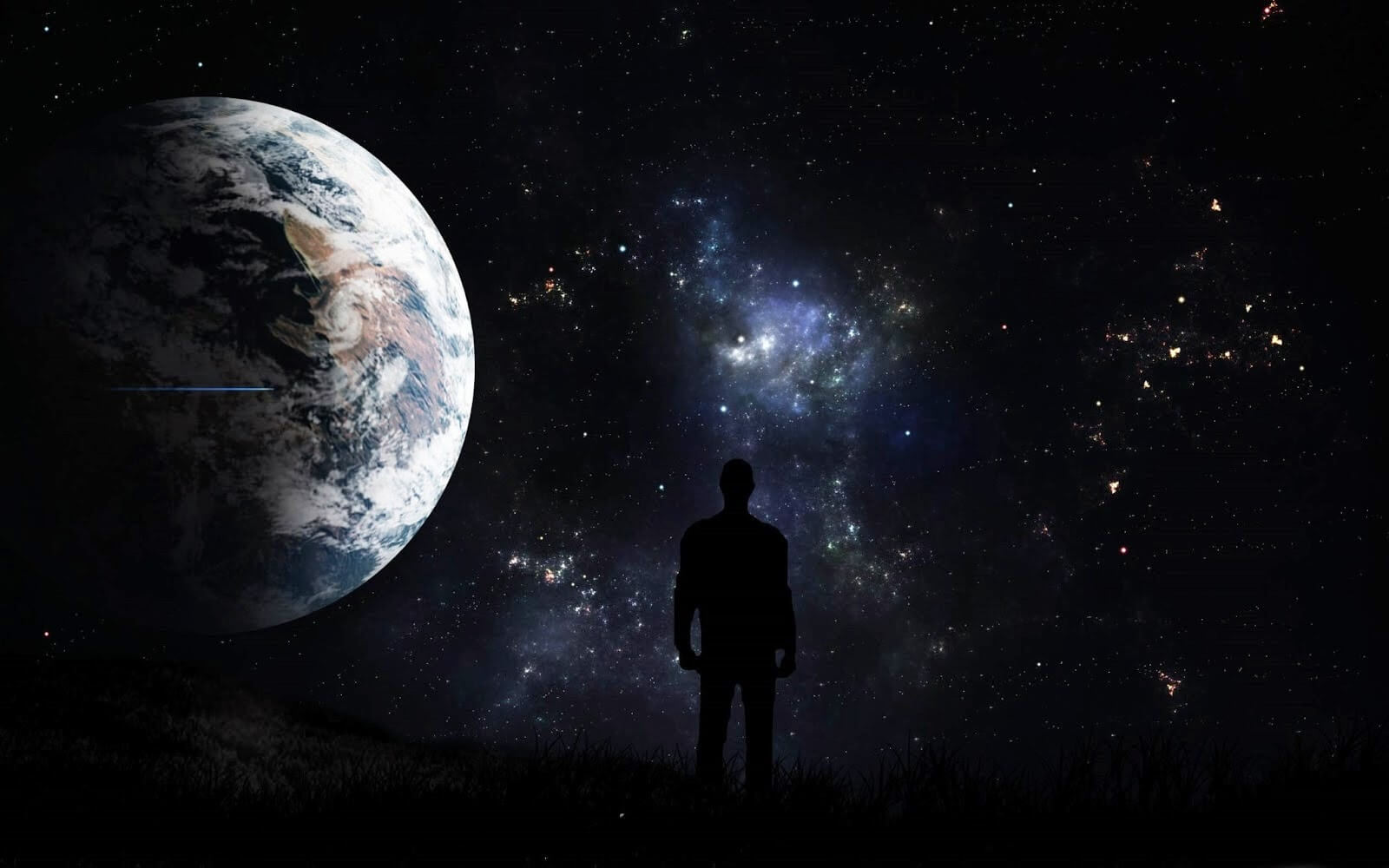 We are overwhelmed with paradigms, theories, and beliefs, but yet our main questions remain lacking a good and solid explanation. It seems that at this stage of the human experience, our challenge is not to acquire more information, but to improve the quality of the information we already possess. Not to learn more, but instead, to thoroughly understand what we already know.

At this point in time, our biggest challenge in life is quite literally to change our mind.

As we come to the end of the information age, the plastic and dynamic minds will adopt critical thinking skills, let go of faulty beliefs, and quickly adapt to the ever-changing environment. In the process, maintaining mental coherence, regaining full emotional functioning, and enjoying a fulfilling life. But for others, the time of great information, diversity would be difficult to manage. Flooded with information and overwhelmed with inconsistencies, the rigid minds will have a hard time processing the dynamic reality. For those who won’t be able to let go of their beliefs and adapt to new information, life would be a constant struggle to manage cognitive dissonance and raging emotions such as guilt, shame, apathy, anxiety, and depression.

When caught in an existential crisis, do your best to remain honest to your experience. Years of believing that the world is flat didn’t make it any less round, and years of believing that planets retrograde didn’t make any planet change course. The truth does not require belief, nor is it affected by it, and true things do not require holding on to. So if you’re sure that something it true, don’t be afraid to let it go, and if you’re not sure that it’s true, then still, let it go. 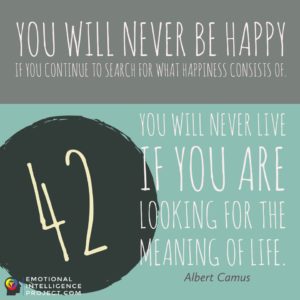 If we would all do that, perhaps somewhere along the way a new society would rise. A social structure which would allow people to change their minds and their beliefs without being rejected. A place where people could be themselves and accept others even when they think differently. A society where people could express how they feel, rather than how they are supposed to feel. A society disconnected from belief.

The Structure of Consciousness

The Dark Side of The Life-Plan
Repression is The Best a Tool For Self-Sabotage
Guilt as Our Most Primal Sense of Morality
Why Do We Worry? About Risk, The Future, & Fe...